Want to listen to the audiobook Crazy Good: The True Story of Dan Patch, the Most Famous Horse in America written by Charles Leerhsen?
MP3 Audiobook Player is here to help! 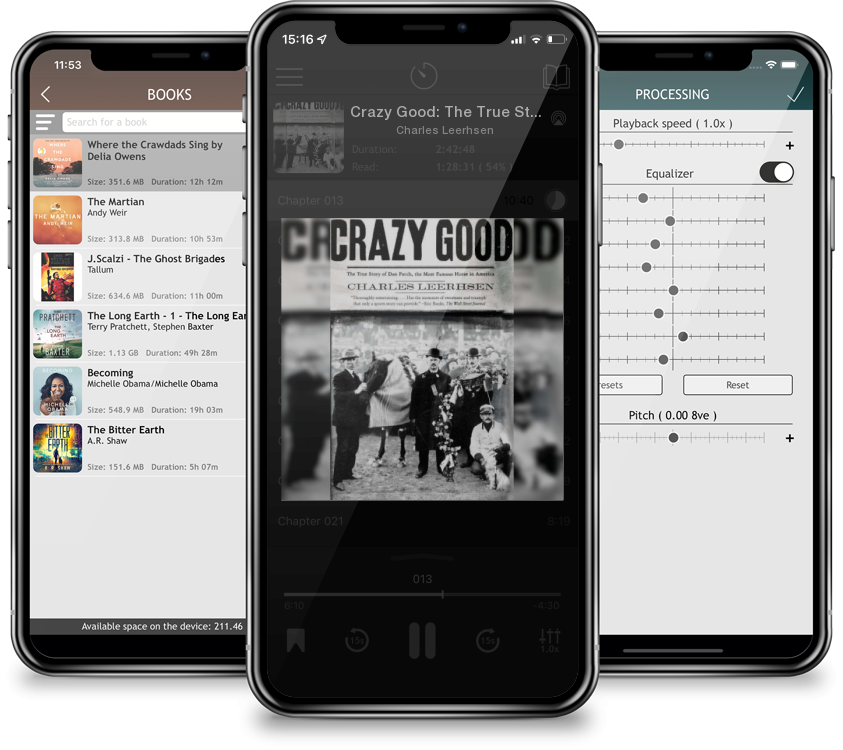 Crazy Good: The True Story of Dan Patch, the Most Famous Horse in America

Now in paperback, the book that Newsweek calls “wonderful, witty, and wise,” vividly recounts a time 100 years ago when a racehorse thrilled America and became a legend. • A great underdog story: Born with a bad leg and nearly destroyed at birth in 1896, Dan Patch became the greatest champion racehorse of his day, lowering the record for the mile by four seconds, an astounding achievement that stood for decades. Put to work pulling a wagon, he was entered in a race as a lark, but won it—and never lost throughout his long career. • A bygone American era: Crazy Good is the story of America in simpler times, when the automobile was a novelty and most people preferred horses; an era when horse racing— pacers and trotters—was a dominant sport of the day. • Colorful writing, colorful characters: Leerhsen populates his story with great characters, from the entrepreneur owner who made Dan Patch into a household name, to the alcoholic gambler who drove the horse to his greatest victories.