Want to listen to the audiobook Butch Cassidy: The True Story of an American Outlaw written by Charles Leerhsen?
MP3 Audiobook Player is here to help! 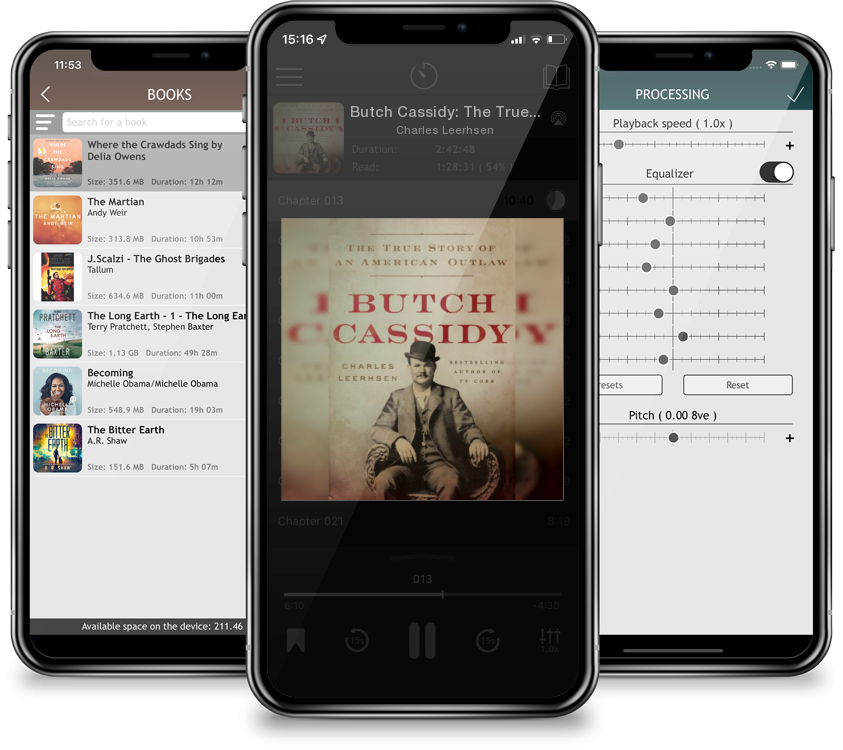 Butch Cassidy: The True Story of an American Outlaw

Charles Leerhsen brings the notorious Butch Cassidy to vivid life in this surprising and entertaining biography that goes beyond the movie Butch Cassidy and the Sundance Kid to reveal a more fascinating and complicated man than legend provides.For more than a century the life and death of Butch Cassidy have been the subject of legend, spawning a small industry of mythmakers and a major Hollywood film. But who was Butch Cassidy, really? Charles Leerhsen, bestselling author of Ty Cobb, sorts out facts from folklore and paints a brilliant portrait of the celebrated outlaw of the American West. Born into a Mormon family in Utah, Robert Leroy Parker grew up dirt poor and soon discovered that stealing horses and cattle was a fact of life in a world where small ranchers were being squeezed by banks, railroads, and cattle barons. Sometimes you got caught, sometimes you got lucky. A charismatic and more than capable cowboy—even ranch owners who knew he was a rustler said they would hire him again—he adopted the alias “Butch Cassidy,” and moved on to a new moneymaking endeavor: bank robbery. By all accounts, Butch was a smart and considerate thief, refusing to take anything from customers and insisting that no one be injured during his heists. His “Wild Bunch” gang specialized in clever getaways, stationing horses at various points along their escape route so they could outrun any posse. Eventually Butch and his gang graduated to train robberies, which were more lucrative. But the railroad owners hired the Pinkerton Agency, whose detectives pursued Butch and his gang relentlessly, until he and his then partner Harry Longabaugh (The Sundance Kid) fled to South America, where they replicated the cycle of ranching, rustling, and robbery until they met their end in Bolivia. In Butch Cassidy, Charles Leerhsen shares his fascination with how criminals such as Butch deftly maneuvered between honest work and thievery, battling the corporate interests that were exploiting the settlers, and showing us in vibrant prose the Old West as it really was, in all its promise and heartbreak.