Want to listen to the audiobook Crimes of the Father: A Novel written by Thomas Keneally?
MP3 Audiobook Player is here to help! 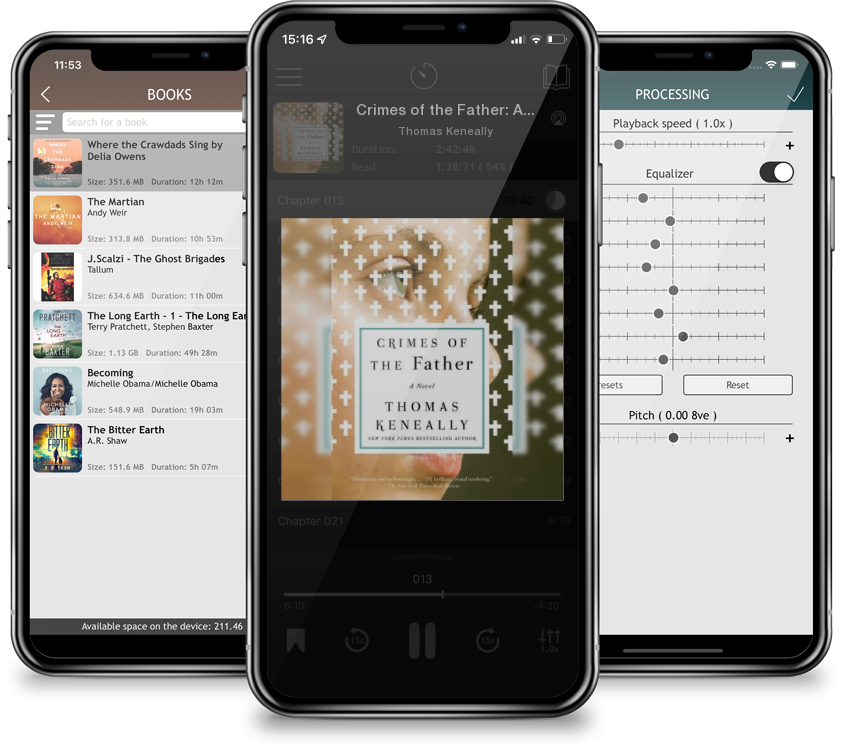 Crimes of the Father: A Novel

From one of our greatest living writers comes a “powerful story” (New York Post) about sin cloaked in sacrament, shame that enforces silence, and the courage of one priest who dares to speak the truth.Sent away from his native Australia to Canada due to his radical preaching against the Vietnam War, apartheid, and other hot button issues, Father Frank Docherty now enjoys a satisfying career as a psychologist and monk. When he returns to Australia to lecture on the future of celibacy and the Catholic Church, he is unwittingly pulled into the lives of two people—a young man and an ex-nun—both of whom claim to have been sexually abused by a prominent monsignor. As a member of the commission investigating sex abuse within the Church, and as a man of character and conscience, Docherty decides he must confront each party involved and try to bring the matter to the attention of both the Church and the secular authorities. What follows will shake him to the core and call into question many of his own choices. This riveting and timely novel is “the work of a richly experienced and compassionate writer [with] an understanding of a deeply wounded culture” (Sydney Morning Herald). It is an exploration of what it is to be a person of faith in the modern world, and of the courage it takes to face the truth about an institution you love.