Want to listen to the audiobook Custer written by Larry McMurtry?
MP3 Audiobook Player is here to help! 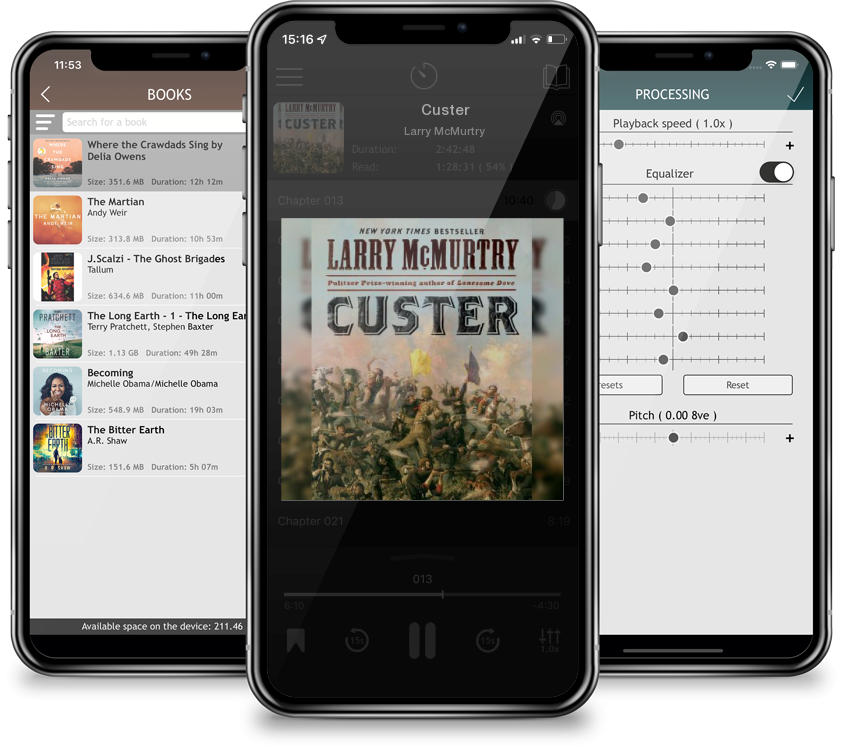 This lavishly illustrated volume reassesses and celebrates the life and legacy of the West’s most legendary figure, George Armstrong Custer, from “one of America’s great storytellers” (The Wall Street Journal).On June 25, 1876, General George Armstrong Custer and his 7th Cavalry attacked a large Lakota Cheyenne village on the Little Bighorn River in Montana Territory. He lost not only the battle but his life—and the lives of his entire cavalry. “Custer’s Last Stand” was a spectacular defeat that shocked the country and grew quickly into a legend that has reverberated in our national consciousness to this day. In this lavishly illustrated volume, Larry McMurtry, the greatest chronicler of the American West, tackles for the first time the “Boy General” and his rightful place in history. Custer is an expansive, agile, and clear-eyed reassessment of the iconic general’s life and legacy—how the legend was born, the ways in which it evolved, what it has meant—told against the broad sweep of the American narrative. It is a magisterial portrait of a complicated, misunderstood man that not only irrevocably changes our long-standing conversation about Custer, but once again redefines our understanding of the American West.