Want to listen to the audiobook Diary of an Eco-Outlaw: An Unreasonable Woman Breaks the Law for Mother Earth written by Diane Wilson?
MP3 Audiobook Player is here to help! 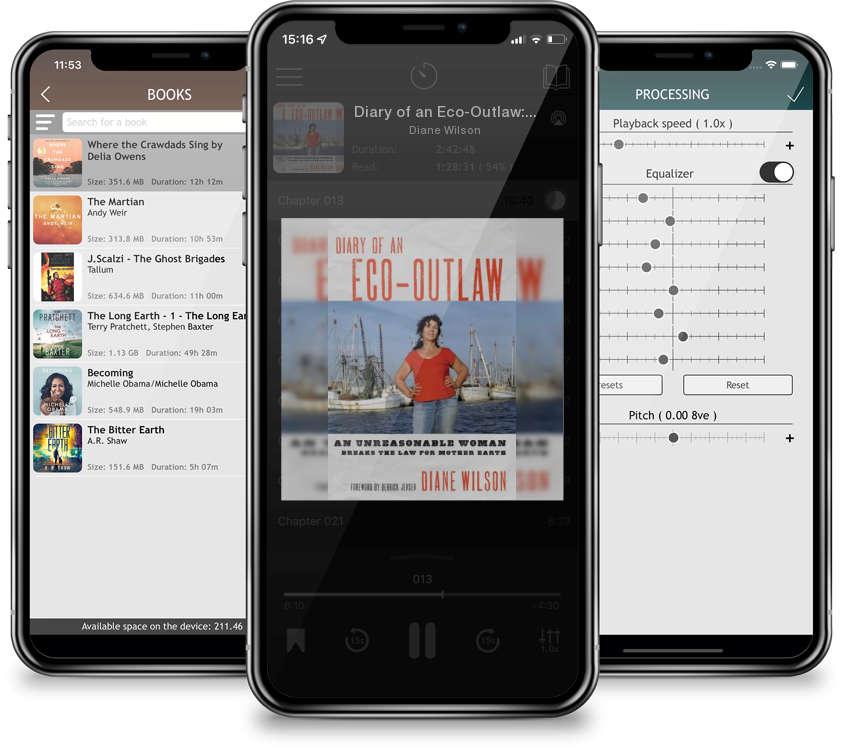 Diary of an Eco-Outlaw: An Unreasonable Woman Breaks the Law for Mother Earth

Diane Wilson is an activist, shrimper, and all around hell-raiser whose first book, An Unreasonable Woman, told of her battle to save her bay in Seadrift, Texas. Back then, she was an accidental activist who worked with whistleblowers, organized protests, and eventually sunk her own boat to stop the plastic-manufacturing giant Formosa from releasing dangerous chemicals into water she shrimped in, grew up on, and loved. But, it turns out, the fight against Formosa was just the beginning. In Diary of an Eco-Outlaw, Diane writes about what happened as she began to fight injustice not just in Seadrift, but around the world-taking on Union Carbide for its failure to compensate those injured in the Bhopal disaster, cofounding the women's antiwar group Code Pink to protest the wars in Iraq and Afghanistan, attempting a citizens arrest of Dick Cheney, famously covering herself with fake oil and demanding the arrest of then BP CEO Tony Hayward as he testified before Congress, and otherwise becoming a world-class activist against corporate injustice, war, and environmental crimes. As George Bernard Shaw once said, "all progress depends on unreasonable women." And in the Diary of an Eco-Outlaw, the eminently unreasonable Wilson delivers a no-holds-barred account of how she-a fourth-generation shrimper, former boat captain, and mother of five-took a turn at midlife, unable to stand by quietly as she witnessed abuses of people and the environment. Since then, she has launched legislative campaigns, demonstrations, and hunger strikes-and generally gotten herself in all manner of trouble. All worth it, says Wilson. Jailed more than 50 times for civil disobedience, Wilson has stood up for environmental justice, and peace, around the world-a fact that has earned her many kudos from environmentalists and peace activists alike, and that has forced progress where progress was hard to come by.