Want to listen to the audiobook Dispatches from the Gilded Age: A Few More Thoughts on Interesting People, Far-Flung Places, and the Joys of Southern Comforts written by Julia Reed?
MP3 Audiobook Player is here to help! 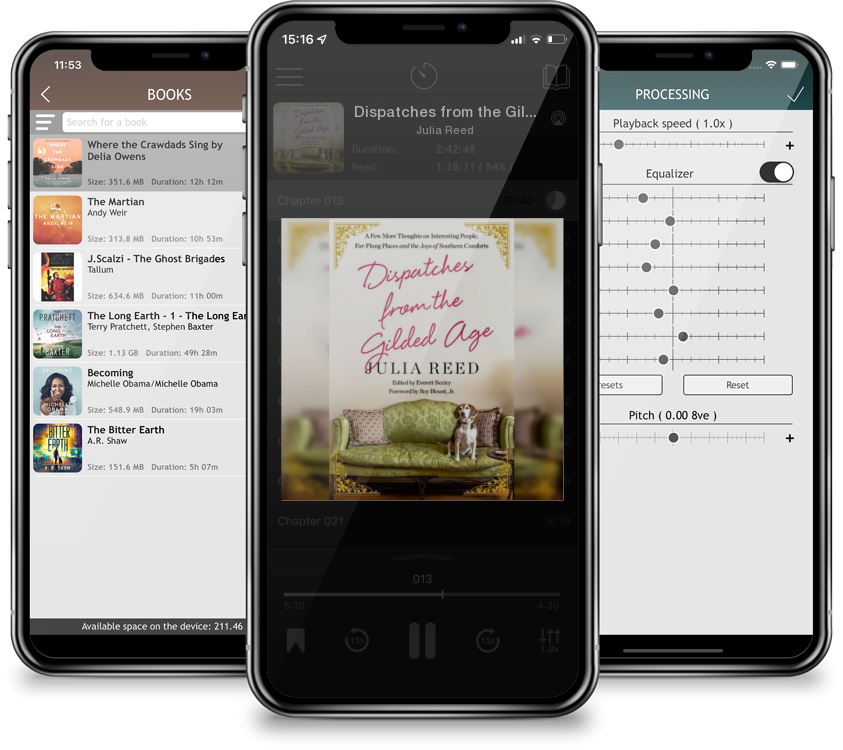 Dispatches from the Gilded Age: A Few More Thoughts on Interesting People, Far-Flung Places, and the Joys of Southern Comforts

Dispatches from the Gilded Age is a collection of essays by Julia Reed, one of America's greatest chroniclers.In the middle of the night on March 11, 1980, the phone rang in Julia Reed’s Georgetown dorm. It was her boss at Newsweek, where she was an intern. He told her to get in her car and drive to her alma mater, the Madeira School. Her former headmistress, Jean Harris, had just shot Dr. Herman Tarnower, The Scarsdale Diet Doctor. Julia didn’t flinch. She dressed, drove to Madeira, got the story, and her first byline and the new American Gilded Age was off and running.The end of the twentieth century and the beginning of the twenty-first was a time in which the high and the low bubbled furiously together and Julia was there with her sharp eye, keen wit, and uproariously clear-eyed way of seeing the world to chronicle this truly spectacular era. Dispatches from the Gilded Age is Julia at her best as she profiles Andre Leon Talley, Sister Helen Prejean, President George and Laura Bush, Madeleine Albright, and others. Readers will travel to Africa and Cuba with Julia, dine at Le Bernardin, savor steaks at Doe’s Eat Place, consider the fashions of the day, get the recipes for her hot cheese olives and end up with the ride of their lives through Julia’s beloved South. With a foreword by Roy Blount, Jr. and edited by Julia's longtime assistant, Everett Bexley.