Want to listen to the audiobook Don't Be Such a Scientist, Second Edition: Talking Substance in an Age of Style written by Dr. Randy Olson, PhD?
MP3 Audiobook Player is here to help! 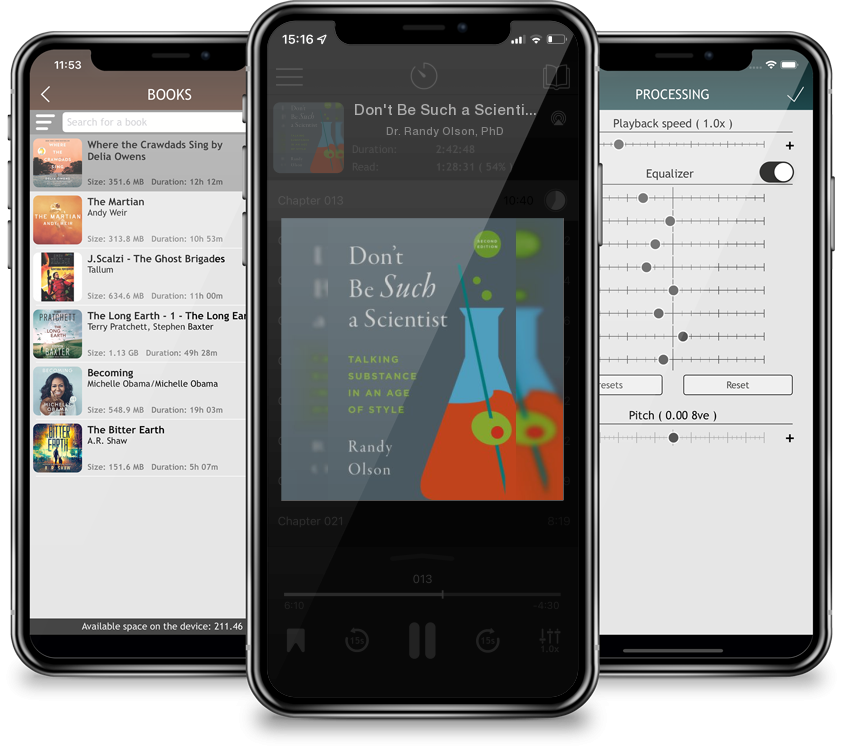 Don't Be Such a Scientist, Second Edition: Talking Substance in an Age of Style

When Randy Olson first described his life-changing encounter with an acting teacher in Don’t Be Such a Scientist, it seemed like the world of science was on the cusp of gaining new respect in the public eye. Through his writing, speaking, and films, Olson challenged scientists to toss out jargon in favor of a more human approach, bringing Hollywood lessons to the scientific community. Yet today, in everything from government funding cuts to climate change denial, science is under attack. And while communicating science is more crucial than ever, the scientific community still struggles to connect with everyday people. The time is right for a new edition of Olson’s revolutionary work. In Don’t Be Such a Scientist, Second Edition, Olson renews his call for communication that stays true to the facts while tapping into something more primordial, more irrational, and ultimately more human. In more than 50 pages of new material, Olson brings his pioneering message to this new age, providing tools for speaking out in anti-science era and squaring off against members of the scientific establishment who resist needed change.Don’t Be Such a Scientist, Second Edition is a cutting and irreverent manual to making your voice heard in an age of attacks on science. Invaluable for anyone looking to break out of the boxes of academia or research, Olson’s writing will inspire readers to “make science human”—and to enjoy the ride along the way.