Want to listen to the audiobook Don't Panic: Douglas Adams & The Hitchhiker's Guide to the Galaxy written by Neil Gaiman?
MP3 Audiobook Player is here to help! 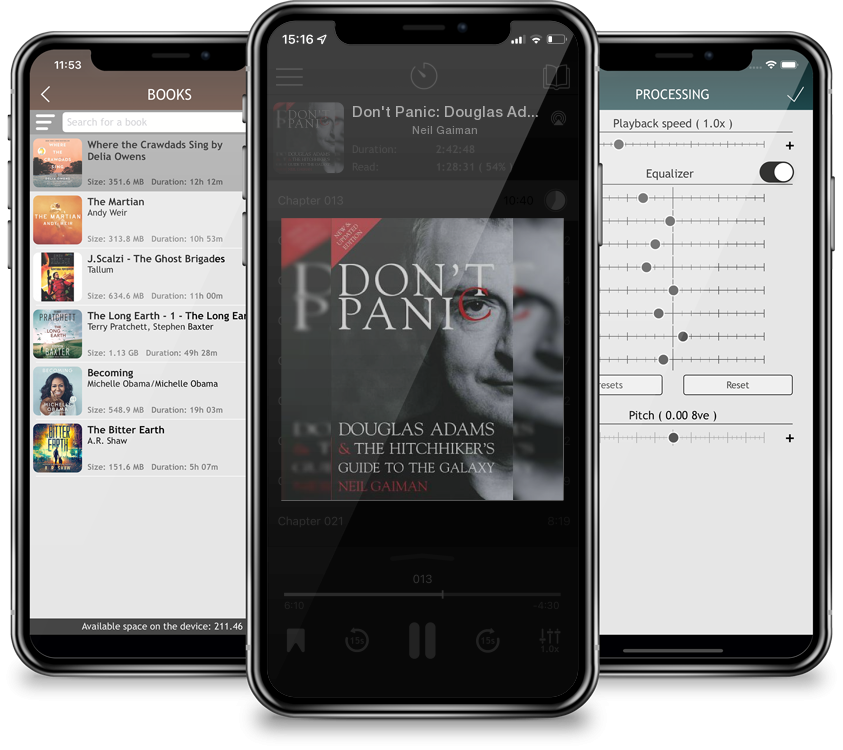 Don't Panic: Douglas Adams & The Hitchhiker's Guide to the Galaxy

“It’s all devastatingly true — except the bits that are lies” — Douglas AdamsUpon publication, Don’t Panic quickly established itself as the definitive companion to Adams and The Hitchhiker’s Guide to the Galaxy. This edition comes up to date, covering the movie, And Another Thing by Eoin Colfer and the build up to the 30th anniversary of the first novel.Acclaimed author Neil Gaiman celebrates the life and work of Douglas Adams who, in a field in Innsbruck in 1971, had an idea that became The Hitchhiker’s Guide to the Galaxy. The radio series that started it all, the five — soon to be six — book ‘trilogy’, the TV series, almost-film and actual film, and everything in between.