Want to listen to the audiobook Edward R. Murrow and the Birth of Broadcast Journalism (Compact Disc) written by Bob Edwards?
MP3 Audiobook Player is here to help! 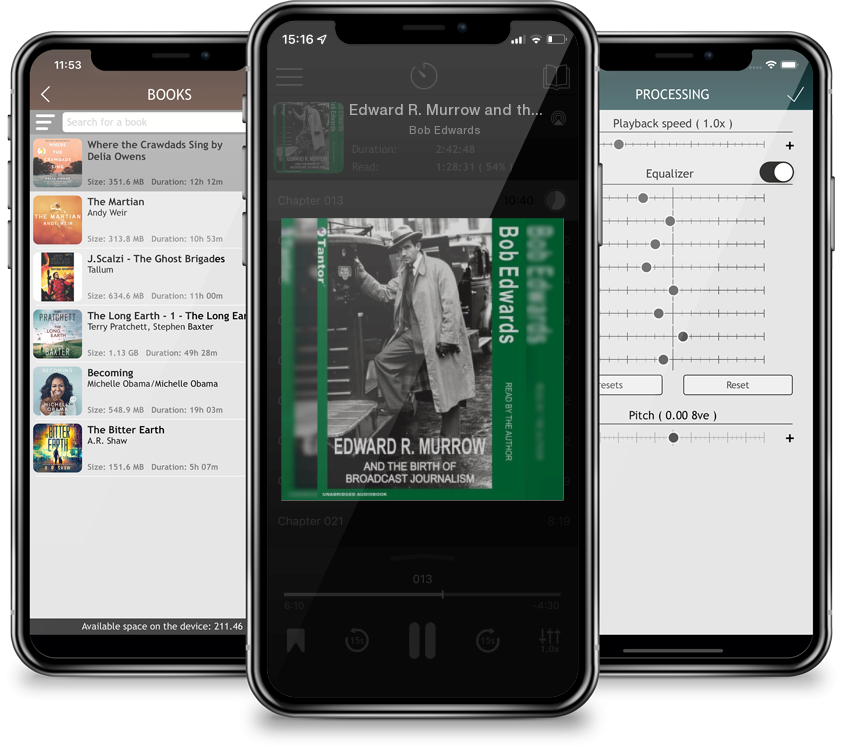 "Most Americans living today never heard Ed Murrow in a live broadcast. This book is for them. I want them to know that broadcast journalism was established by someone with the highest standards. Tabloid crime stories, so much a part of the lust for ratings by today's news broadcasters, held no interest for Murrow. He did like Hollywood celebrities, but interviewed them for his entertainment programs; they had no place on his news programs. My book is focused on this life in journalism. I offer it in the hope that more people in and out to the news business will get to know Ed Murrow. Perhaps in time the descent from Murrow's principles can be reversed." -Bob Edwards Long before the era of the news anchor, the pundit, and the mini-cam, one man blazed a trail that thousands would follow. Edwards brings to life the great stories Murrow covered and brought into American living rooms for the first time - the rooftop reports of the London Blitz, bombing raids over Berlin, and the 1954 broadcast that helped bring down Senator Joe McCarthy - as well as the ups and downs of his career at CBS. Edwards reveals how Murrow dramatically impacted public opinion and how the high standards he lived by influenced an entire generation of broadcasters.