Want to listen to the audiobook Drug Lord: A True Story: The Life & Death of a Mexican Kingpin written by Terrence E. Poppa?
MP3 Audiobook Player is here to help! 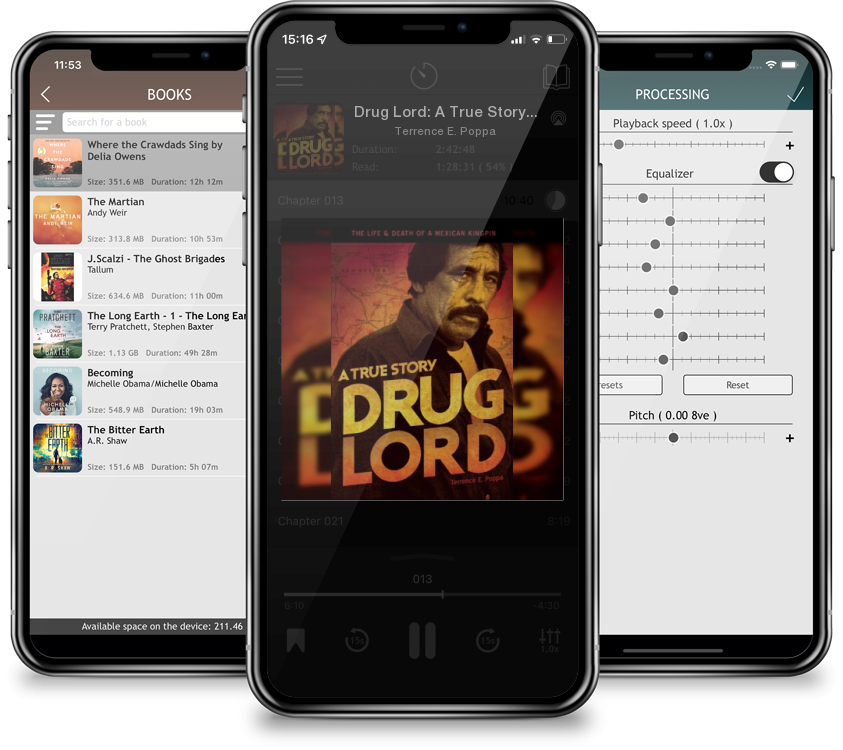 Drug Lord: A True Story: The Life & Death of a Mexican Kingpin

Drug Lord is the real thing. Raw, immediate, indispensable.--Don Winslow, author of The Power of Dog and California Fire and LifeThe drug smuggling] business goes on, the slaughtered dead pile up, the US agencies continue to ratchet up their budgets, the prisons grow larger and all the real rules of the game are in this book, some kind of masterpiece.--Charles Bowden, from the introductionPablo Acosta was a living legend in his Mexican border town of Ojinaga. He smuggled tremendous amounts of drugs into the United States; he survived numerous attempts on his power--and his life--by rivals; and he blessed the town with charity and civic improvements. He was finally slain in 1987 during a raid by Mexican officials with the cooperation of US law enforcement. Poppa has turned out a detailed and exciting book, covering in depth Acosta's life; the other drug factions that battled with him; the village of Ojinaga; and the logistics of the drug operation. The result is a nonfiction account with enough greed, treachery, shoot-outs, and government corruption to fascinate true crime and crime fiction readers alike. Highly recommended.--Library JournalTerrence E. Poppa, an award-winning journalist, was a finalist for a 1987 Pulitzer Prize for his investigations into the connection between crime and government in Mexico. He was featured in Standoff in Mexico, a PBS production about fraudulent elections in Mexico. Due to his unique insights into the world of Mexican drug trafficking, Poppa has been widely interviewed on radio and television, including Larry King Live and The O'Reilly Factor.