Want to listen to the audiobook Ed Sheeran: A Visual Journey written by Ed Sheeran?
MP3 Audiobook Player is here to help! 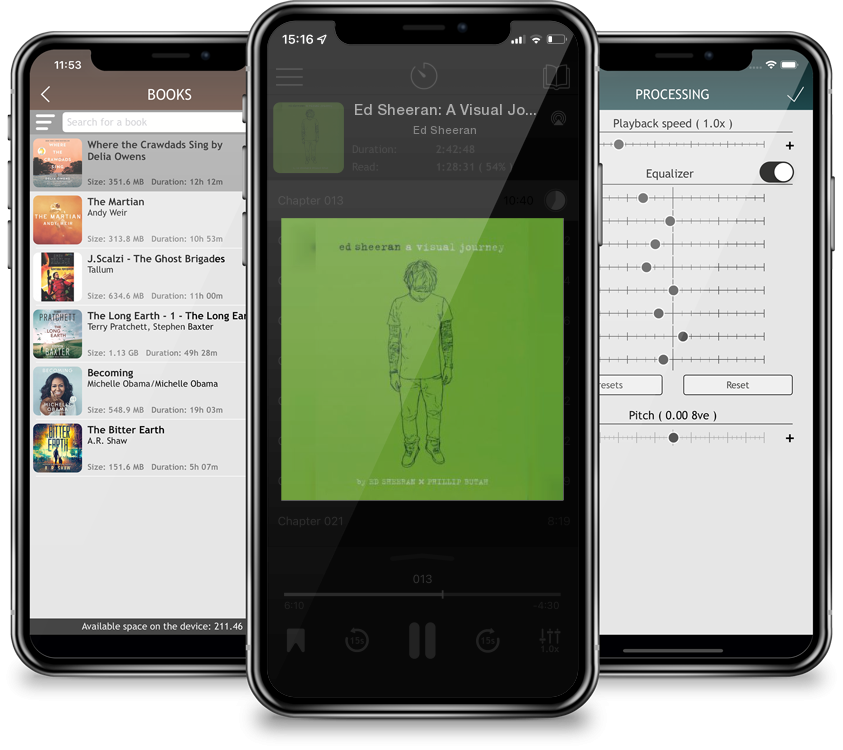 An exclusive, fully authorized, first-person account by Ed Sheeran of how he became an internationally renowned singer-songwriter. Ed Sheeran is the soulful singer-songwriter from England who has captivated American audiences. With words by Ed Sheeran and illustrations by his childhood friend, artist Phillip Butah (who produces artwork for Sheeran's albums and singles), and accompanying photos, Ed Sheeran: A Visual Journey explores Sheeran's early musical experiences and influences as well as his time recording and touring, right up to the release of his second album, x. The book reveals what drives and inspires Ed as he continues to evolve as an artist, while coping with stratospheric success. With close to 100 photographs and illustrations, this is a book that all Ed Sheeran fans should own and will cherish.