Want to listen to the audiobook Education of a Felon: A Memoir written by Edward Bunker?
MP3 Audiobook Player is here to help! 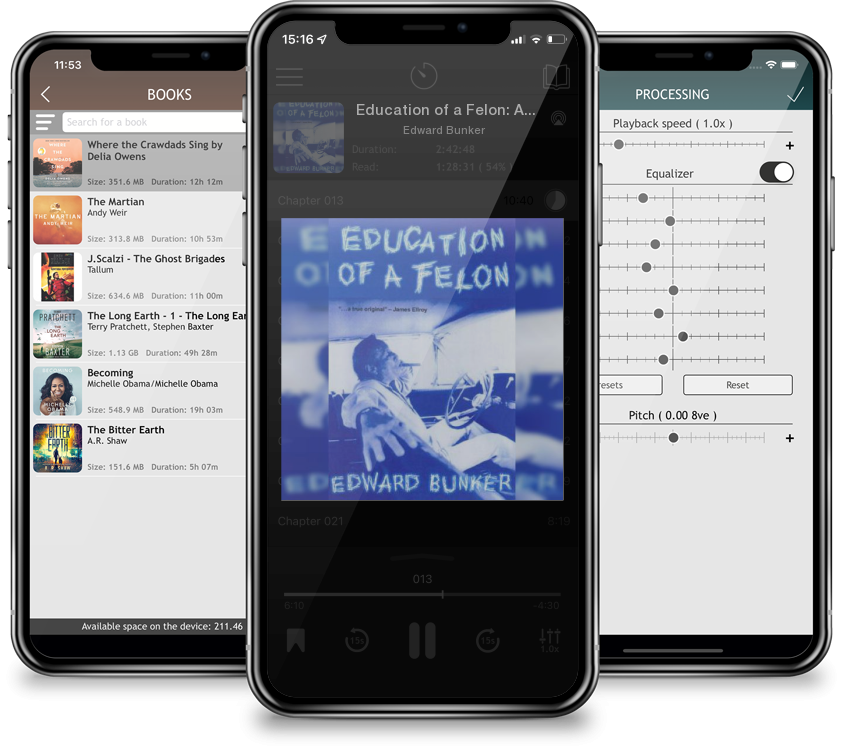 Education of a Felon: A Memoir

In Education of a Felon, the reigning champion of prison novelists finally tells his own story. The son of an alcoholic stagehand father and a Busby Berkeley chorus girl, Bunker was--at seventeen--the youngest inmate ever in San Quentin. His hard-won experiences on L.A.'s meanest streets and in and out of prison gave him the material to write some of the grittiest and most affecting novels of our time.From smoking a joint in the gas chamber to leaving fingerprints on a knife connected to a serial kiler, from Hollywood's steamy undersde to swimming in the Neptune pool at San Simeon, Bunker delivers a memoir as colorful as any of his novels and as compelling as the life he's lead.