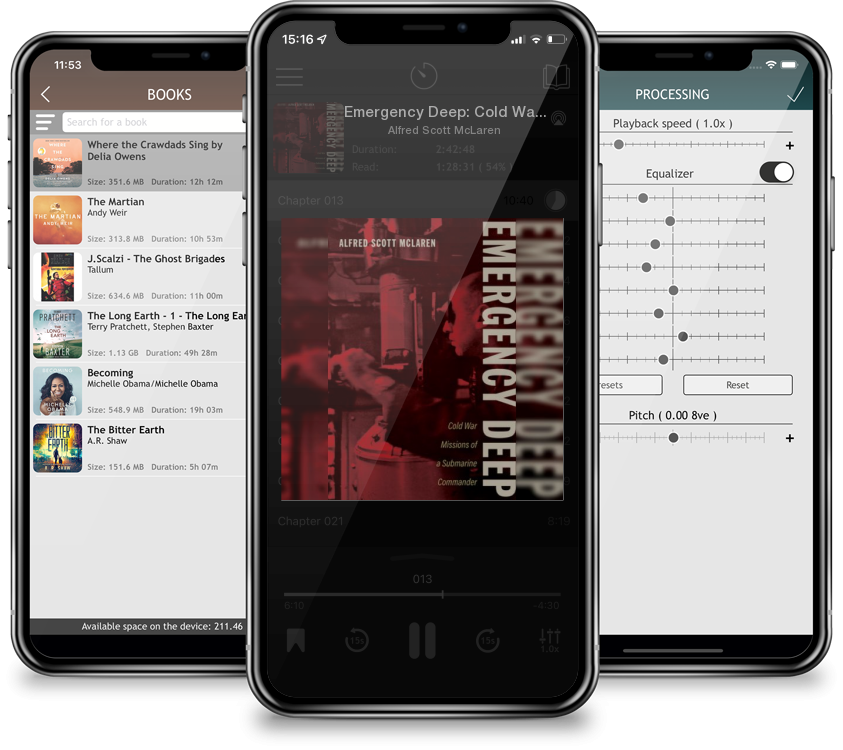 Conveys in dramatic detail the high-risk, covert operations of a nuclear attack submarine during the zenith of the Cold War Captain Alfred Scott McLaren served as commander of the USS Queenfish (SSN 651) from September 1969 to May 1973, the very height of the Cold War. As commander, McLaren led at least six major clandestine operations, including the first-ever exploration of the entire Siberian Continental Shelf: a perilous voyage detailed in his previous book Unknown Waters.Emergency Deep: Cold War Missions of a Submarine Commander conveys the entire spectrum of Captain McLaren’s experiences commanding the USS Queenfish, mainly in the waters of the Russian Far East and also off Vietnam. McLaren offers a riveting and deeply human story that illuminates the intensity and pressures of commanding a nuclear attack submarine in some of the most difficult circumstances imaginable. Relying on his own notes and records, as well as discussions with former officers and shipmates, McLaren focuses on operational matters both great and small. He recounts his unique perspectives on attack-submarine tactics and exploratory techniques in high-risk or uncharted areas, matters of leadership and team-building and the morale of his crews, and the innumerable and often unforeseen ways his philosophy of command played out on a day-to-day basis, with consequences that ran the gamut from the mundane to the dire and life-threatening. Readers are also treated to significant new information and insight on submarine strategy, maneuvers, and culture. Such details illuminate and bring to life, with both great humor and gravitas, the intensity and pressures on those engaged in covert missions on nuclear attack submarines.