Want to listen to the audiobook Every Last Tie: The Story of the Unabomber and His Family written by David Kaczynski?
MP3 Audiobook Player is here to help! 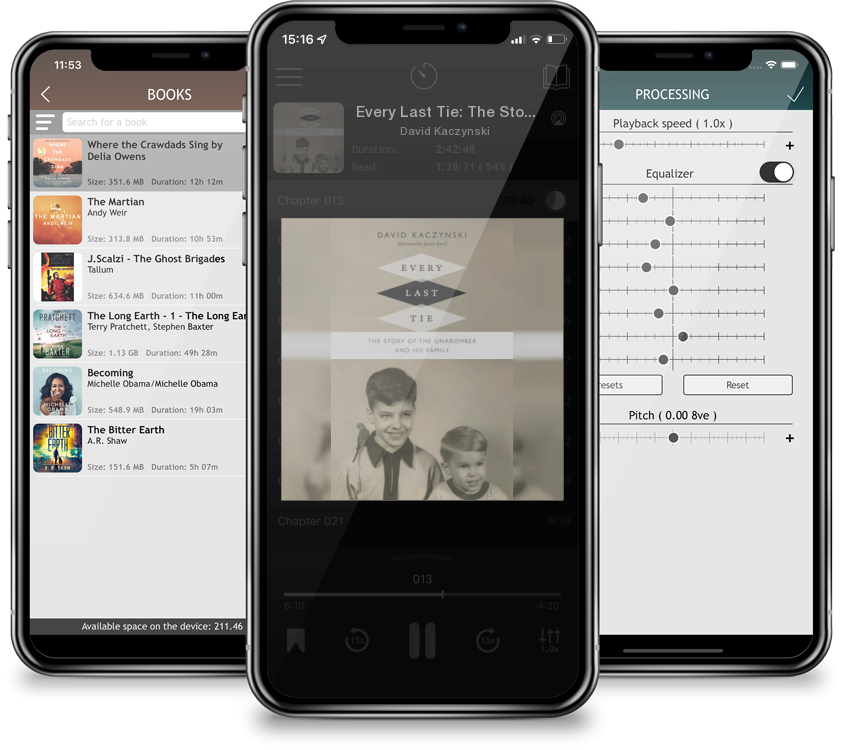 Every Last Tie: The Story of the Unabomber and His Family

In August 1995 David Kaczynski's wife Linda asked him a difficult question: "Do you think your brother Ted is the Unabomber?" He couldn't be, David thought. But as the couple pored over the Unabomber's seventy-eight-page manifesto, David couldn't rule out the possibility. It slowly became clear to them that Ted was likely responsible for mailing the seventeen bombs that killed three people and injured many more. Wanting to prevent further violence, David made the agonizing decision to turn his brother in to the FBI. Every Last Tie is David's highly personal and powerful memoir of his family, as well as a meditation on the possibilities for reconciliation and maintaining family bonds. Seen through David's eyes, Ted was a brilliant, yet troubled, young mathematician and a loving older brother. Their parents were supportive and emphasized to their sons the importance of education and empathy. But as Ted grew older he became more and more withdrawn, his behavior became increasingly erratic, and he often sent angry letters to his family from his isolated cabin in rural Montana. During Ted's trial David worked hard to save Ted from the death penalty, and since then he has been a leading activist in the anti-death penalty movement. The book concludes with an afterword by psychiatry professor and forensic psychiatrist James L. Knoll IV, who discusses the current challenges facing the mental health system in the United States as well as the link between mental illness and violence.