Want to listen to the audiobook Exodus, Revisited: My Unorthodox Journey to Berlin written by Deborah Feldman?
MP3 Audiobook Player is here to help! 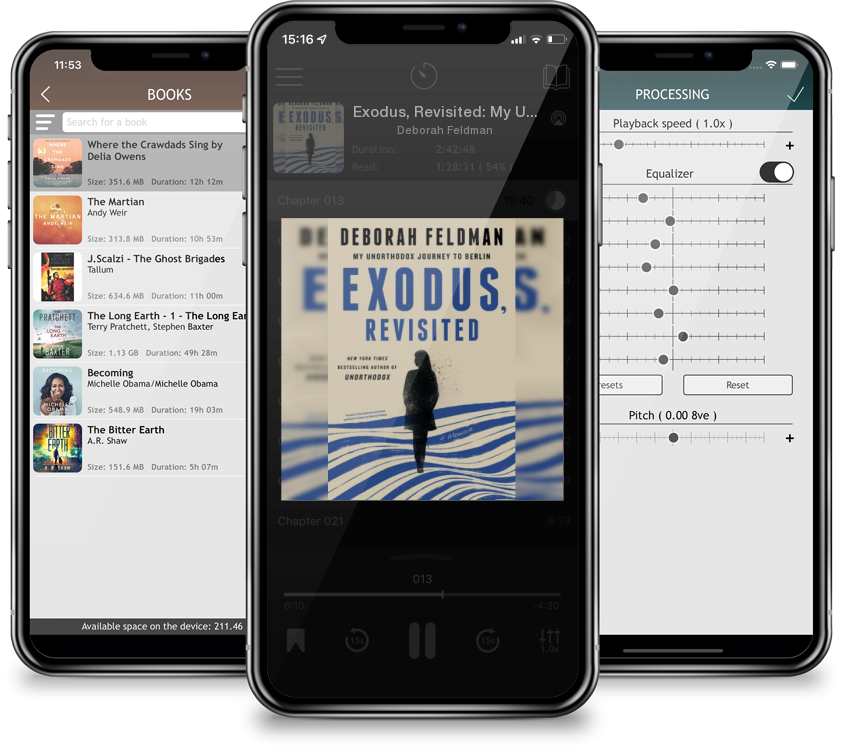 The definitive follow-up to Unorthodox (the basis for the award-winning Netflix series)—now updated with more than 50 percent new material—the unforgettable story of what happened in the years after Deborah Feldman left a religious sect in Williamsburg in order to forge her own path in the world.In 2009, at the age of twenty-three, Deborah Feldman packed up her young son and their few possessions and walked away from her insular Hasidic roots. She was determined to find a better life for herself, away from the oppression and isolation of her Satmar upbringing in Williamsburg, Brooklyn. And in Exodus, Revisited she delves into what happened next—taking the reader on a journey that starts with her beginning life anew as a single mother, a religious refugee, and an independent woman in search of a place and a community where she can belong.  Originally published in 2014, Deborah has now revisited and significantly expanded her story, and the result is greater insight into her quest to discover herself and the true meaning of home. Travels that start with making her way in New York expand into an exploration of America and eventually lead to trips across Europe to retrace her grandmother’s life during the Holocaust, before she finds a landing place in the unlikeliest of cities. Exodus, Revisited is a deeply moving examination of the nature of memory and generational trauma, and of reconciliation with both yourself and the world.