Want to listen to the audiobook Fallout: The Vault Dweller's Official Cookbook written by Victoria Rosenthal?
MP3 Audiobook Player is here to help! 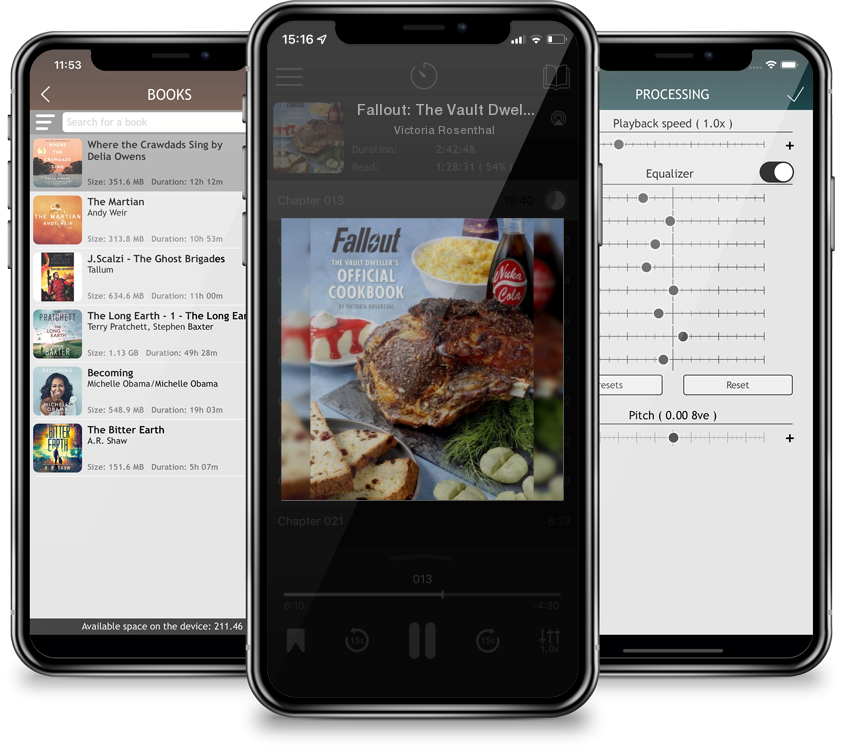 Craft your own glass of Nuka-Cola, a bowl of BlamCo Mac & Cheese, and more with the recipes in Fallout: The Official Cookbook.Based on the irradiated delicacies of the world of Bethesda Entertainment’s Fallout, this Vault-Tec–approved cookbook provides fans of the award-winning series with recipes inspired by their favorite Fallout foods. Whip up tasty versions of the Mirelurk egg omelette, throw some deathclaw meat on the grill, and re-create BlamCo Mac & Cheese with Fallout: The Official Cookbook.