Want to listen to the audiobook Famous Gunfighters of the Western Frontier: Wyatt Earp, Doc Holliday, Luke Short and Others written by Masterson?
MP3 Audiobook Player is here to help! 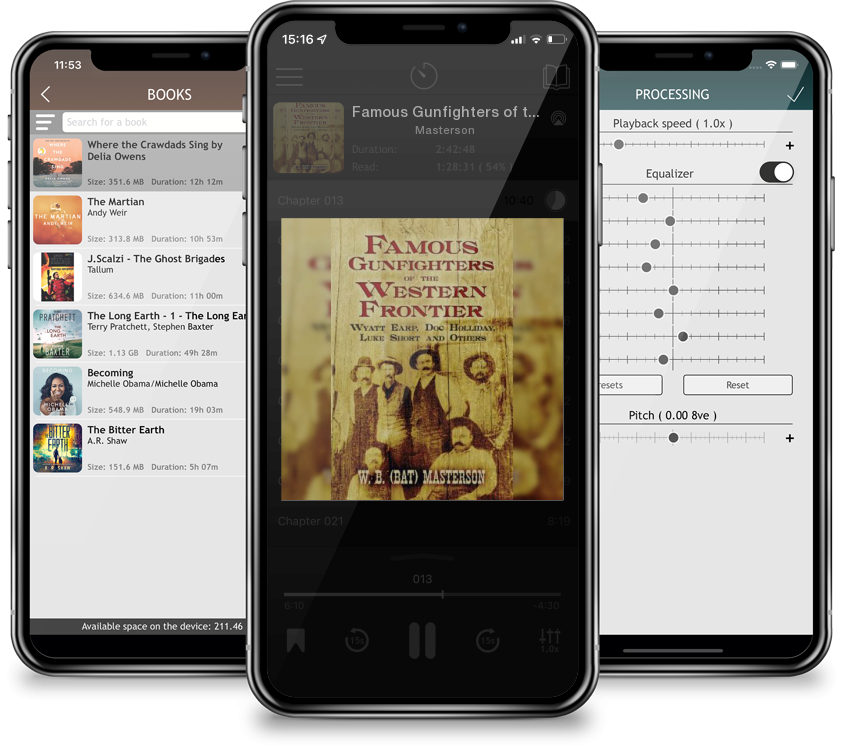 A legendary lawman, buffalo hunter, Indian fighter, and newspaper columnist, Bat Masterson served as sheriff of Ford County, Kansas, ruled Dodge City, and became an eyewitness to the heyday of the Old West's most notorious outlaws. His thrilling collection of mini-biographies reveals fascinating details about a host of legendary gunslingers, painting a vivid portrait of a world of sharpshooters, cattle rustlers, and frontier justice. First published as a series of magazine articles in 1907, these life-and-death dramas introduce you to some of the most famous gunfighters America has ever known. The roundup includes Wyatt Earp, who had a reputation for courage and calm, but went on the warpath when one of his five brothers was killed by stagecoach robbers; Doc Holliday, a mean-tempered dentist who loved poker and moonshine -- and found trouble wherever he traveled; Ben Thompson, a fearless gunman who served in the Civil War and was determined to continue fighting after the last battle ended; Luke Short, a slightly built man with nerves of steel, who started out as a gambler and ended up a Shakespeare-quoting gentleman; and Bill Tilghman, who captured some of the West's most desperate criminals. Illustrated with forty-eight rare 19th-century photos, these colorful accounts will appeal to anyone with a love of Western lore.