Want to listen to the audiobook Feeding the Dragon: Inside the Trillion Dollar Dilemma Facing Hollywood, the NBA, & American Business written by Chris Fenton?
MP3 Audiobook Player is here to help! 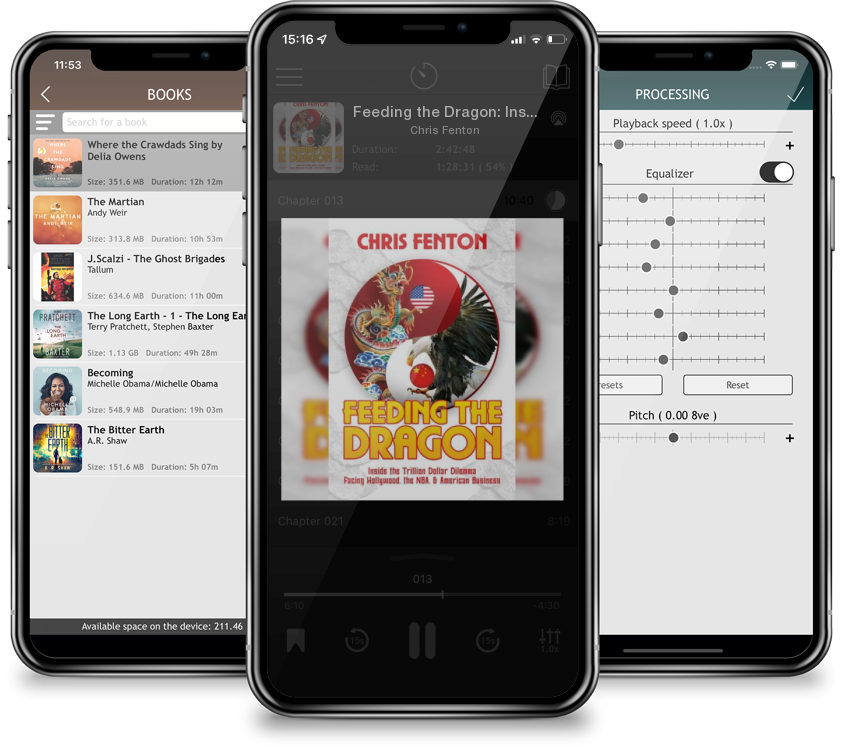 As seen on Fox News's Tucker Carlson Tonight!  A deeply revealing memoir of big wins and hard lessons from a seasoned executive caught smack in the middle of the trillion-dollar soft power struggle pitting China against Hollywood, the NBA, and American business.“Paced like a thriller, with comparable doses of international intrigue and conflict, Chris Fenton’s bracingly candid business memoir Feeding the Dragon takes readers deep behind the scenes of Hollywood’s shaky foothold in China. Dealing at the highest levels with Chinese government officials and major American brands like Disney, Marvel, and the NBA, the former Olive Garden waiter-turned-entertainment-industry-power-broker disarmed and defied authorities on both sides of the superpower divide to make billions—and history. Thanks to a brisk, page-turning storytelling style and an evenhanded, insider-level perspective decades in the making, Feeding the Dragon manages to be both timeless and timely. Captivating details on Robert Downey Jr., LeBron James, Kurt Cobain, Michael Phelps, and Marvel Universe creative mastermind Kevin Feige (among others) will enthrall average fans and aspiring moguls alike. But the beating narrative heart remains Fenton’s down-to-earth recounting of a headline-making journey. Ultimately, the intrepid exec builds a compelling case for the power of “cultural diplomacy”: mutually-beneficial, soft power-sharing exchanges as a better way forward than the hardliner battle lines being drawn across Beijing, Washington, and Los Angeles.  Teeming with urgent insights about unlikely alliances and dangerous misperceptions, Feeding the Dragon is a must-read for anyone interested in the future of the US-China relationship and the bottom-line realities of show business and professional sports today. Even better, it’s a supremely entertaining ride for anyone who simply loves a great story…. Chris often told me about projects and plans off-the-record that I wouldn’t have reported on anyway, because they all seemed wildly improbable. Every single one came true. And now they’re all down on the page.” —Jamie Bryan, Fast Company contributor