Want to listen to the audiobook Fifth Avenue, 5 A.M.: Audrey Hepburn, Breakfast at Tiffany's, and the Dawn of the Modern Woman written by Sam Wasson?
MP3 Audiobook Player is here to help! 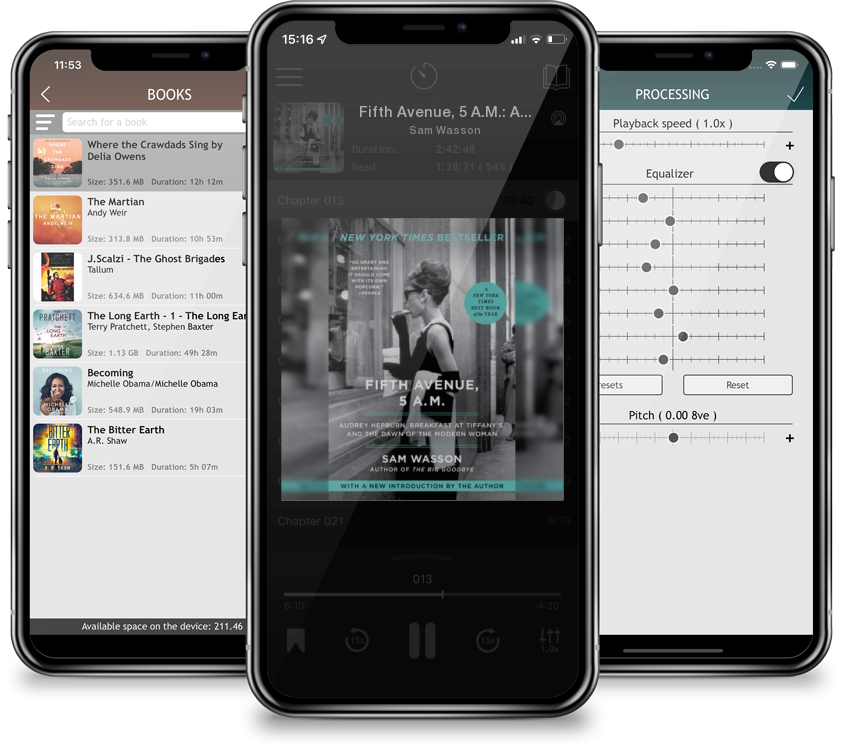 Fifth Avenue, 5 A.M.: Audrey Hepburn, Breakfast at Tiffany's, and the Dawn of the Modern Woman

“So smart and entertaining it should come with its own popcorn”—PeopleCoinciding with the sixtieth anniversary of the film version of Truman Capote’s Breakast at Tiffany’s, the acclaimed, New York Times bestseller that is the definitive account of Audrey Hepburn and the making of the cultural landmark film—now updated with a new introduction by the author.In Fifth Avenue, 5 A.M., Sam Wasson goes beyond the legend to explore the woman inside the little black dress and the film that captured the imagination of the nation  in 1961—when the staid propriety of the Eisenhower years gave way to the glamorous modernity of the Kennedys. With a colorful cast of characters including Truman Capote, Edith Head, Givenchy, Moon River composer Henry Mancini, and, of course, the iconic Audrey Hepburn herself, Wasson immerses us in the America of the late fifties and early sixties before Woodstock and birth control, when an alluring, not-so-virginal girl by the name of Holly Golightly melted hearts, raised eyebrows, and forever transformed Americans’ notions of fashion, film, sex, and culture.Fifth Avenue, 5 A.M. includes an 8-page black-and-white photo insert.