Want to listen to the audiobook Flirting with Mermaids: The Unpredictable Life of a Sailboat Delivery Skipper: Lyons Press Maritime Classics written by John Kretschmer?
MP3 Audiobook Player is here to help! 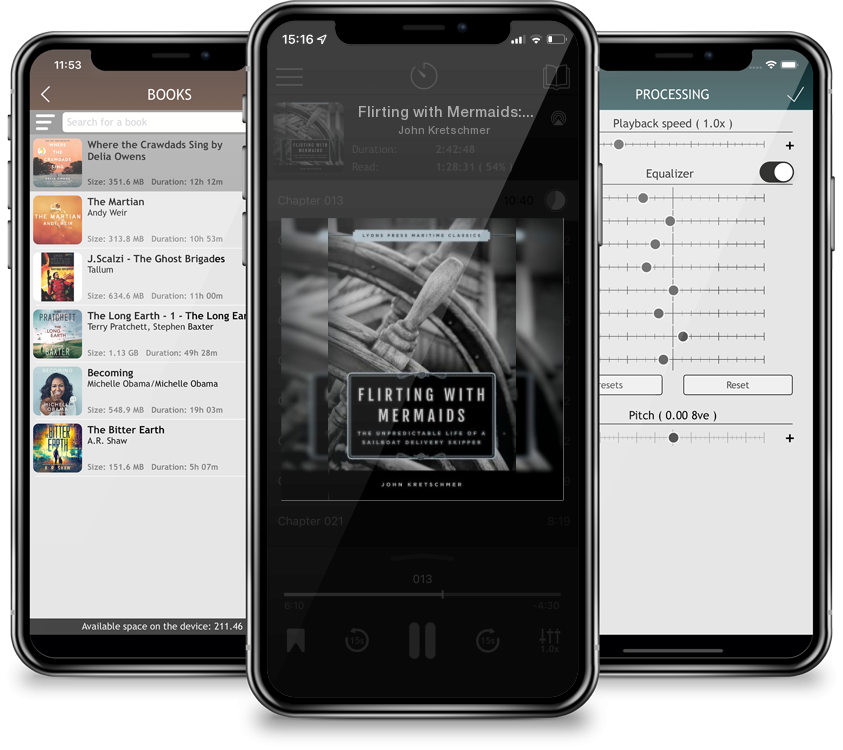 Over the course of twenty years of delivering sailboats to far-flung quaysides, John Kretschmer has had innumerable adventures, both humorous and terrifying. in Flirting with Mermaids, he recounts the most memorable of them. He crosses the Western Caribbean with a crew of eccentric Swedes researching ancient Mayan mariners, lands in Aden at the outbreak of civil war, and endures a North Atlantic crossing during which he disocvers the existence of Force 13 winds. Approaching Japan at the end of a particularly trying delivery, he finds himself sailing in "a high impact debris zone," but his resolve is unshaken. "If a piece of rocketship jetsam fell out of the sky and sank me] after encounters with Hurricane Floyd, General Noriega, a tsunami, an erupting volcano, and Typhoon Roy, then it was meant to be.