Want to listen to the audiobook For Slavery and Union: Benjamin Buckner and Kentucky Loyalties in the Civil War written by Patrick A. Lewis?
MP3 Audiobook Player is here to help! 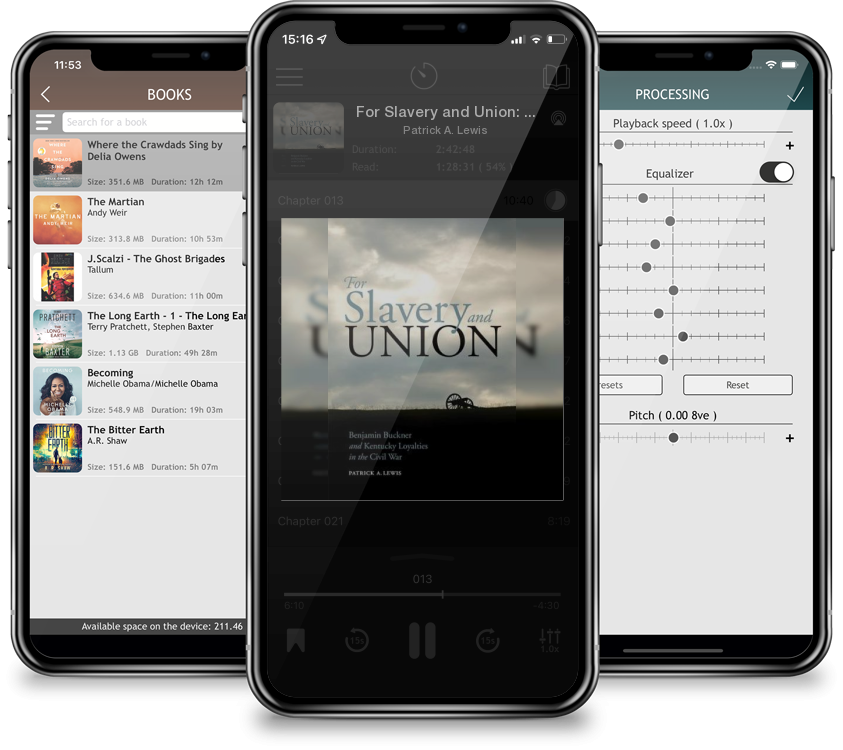 For Slavery and Union: Benjamin Buckner and Kentucky Loyalties in the Civil War

Benjamin Forsythe Buckner (1836--1901) faced a dire choice as the flames of Civil War threatened his native Kentucky. As an ambitious Bluegrass aristocrat, he was sympathetic to fellow slave owners, but was also convinced that the Peculiar Institution could not survive a war for southern independence. Defying the wishes of his Rebel fianc e and her powerful family -- yet still hoping to impress them with his resolve, independence, and courage -- Buckner joined the 20th Kentucky Volunteer Infantry in 1861 as a Union soldier. President Abraham Lincoln's Emancipation Proclamation ultimately destroyed Buckner's faith in his cause, however, and he resigned his commission.In this groundbreaking biography, author Patrick A. Lewis uses Buckner's story to illuminate the origins and perspectives of Kentucky's conservative proslavery Unionists and explain why this group became a key force in repressing social and political change during the Reconstruction era and beyond. While other studies have explored how this former Union state cultivated a Confederate identity after the Civil War, For Slavery and Union is the first major work to personify this transformation. Lewis's book provides a deeply nuanced look at the history of the Commonwealth in the nineteenth century and the development of the New South.