Want to listen to the audiobook From Under the Russian Snow written by Michelle A. Carter?
MP3 Audiobook Player is here to help! 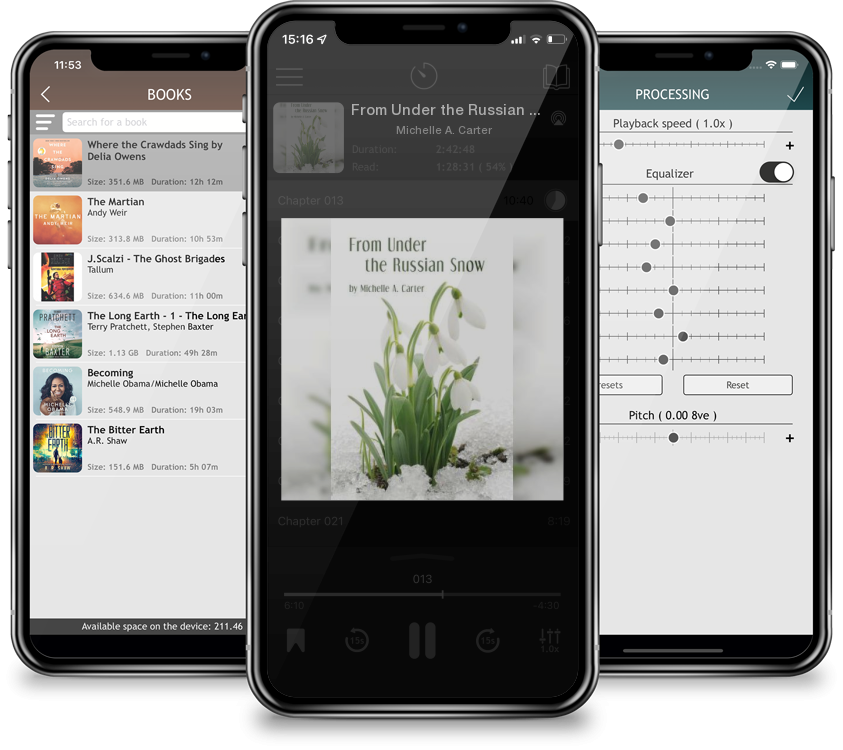 From Under the Russian Snow

At age 50, Michelle Carter, a married mother of two adult children, left her job as editor of a suburban newspaper in the San Francisco Bay area to move to Russia for a year as a United States Information Agency Journalist-in-Residence. There she worked with newspaper editors who struggled to adapt to the new concepts of press freedom and a market economy. She became an on-the-scene witness to the second great Russian revolution. At the same time, she embarked on a personal journey that wrenched her life in a way she could never have anticipated when she accepted her husband’s challenge to take the assignment.