Want to listen to the audiobook Funny Farm: My Unexpected Life with 600 Rescue Animals written by Laurie Zaleski?
MP3 Audiobook Player is here to help! 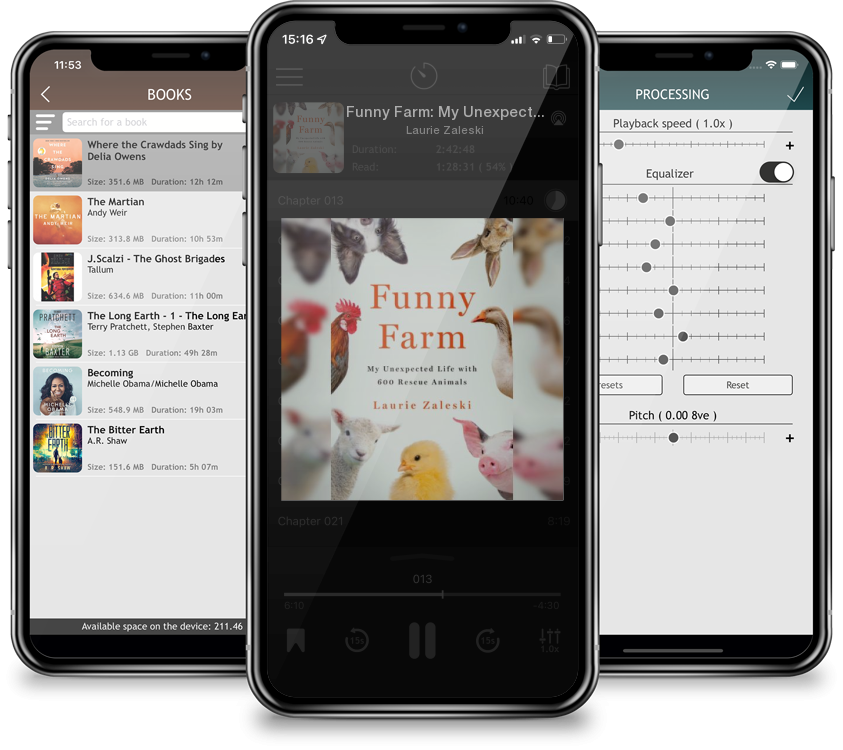 An inspiring and moving memoir of the author's turbulent life with 600 rescue animals.Laurie Zaleski never aspired to run an animal rescue; that was her mother Annie’s dream. But from girlhood, Laurie was determined to make the dream come true. Thirty years later as a successful businesswoman, she did it, buying a 15-acre farm deep in the Pinelands of South Jersey. She was planning to relocate Annie and her caravan of ragtag rescues—horses and goats, dogs and cats, chickens and pigs—when Annie died, just two weeks before moving day. In her heartbreak, Laurie resolved to make her mother's dream her own. In 2001, she established the Funny Farm Animal Rescue outside Mays Landing, New Jersey. Today, she carries on Annie’s mission to save abused and neglected animals.Funny Farm is Laurie’s story: of promises kept, dreams fulfilled, and animals lost and found. It’s the story of Annie McNulty, who fled a nightmarish marriage with few skills, no money and no resources, dragging three kids behind her, and accumulating hundreds of cast-off animals on the way. And lastly, it's the story of the brave, incredible, and adorable animals that were rescued.