Want to listen to the audiobook Generation of Swine: Tales of Shame and Degradation in the '80's written by Hunter S. Thompson?
MP3 Audiobook Player is here to help! 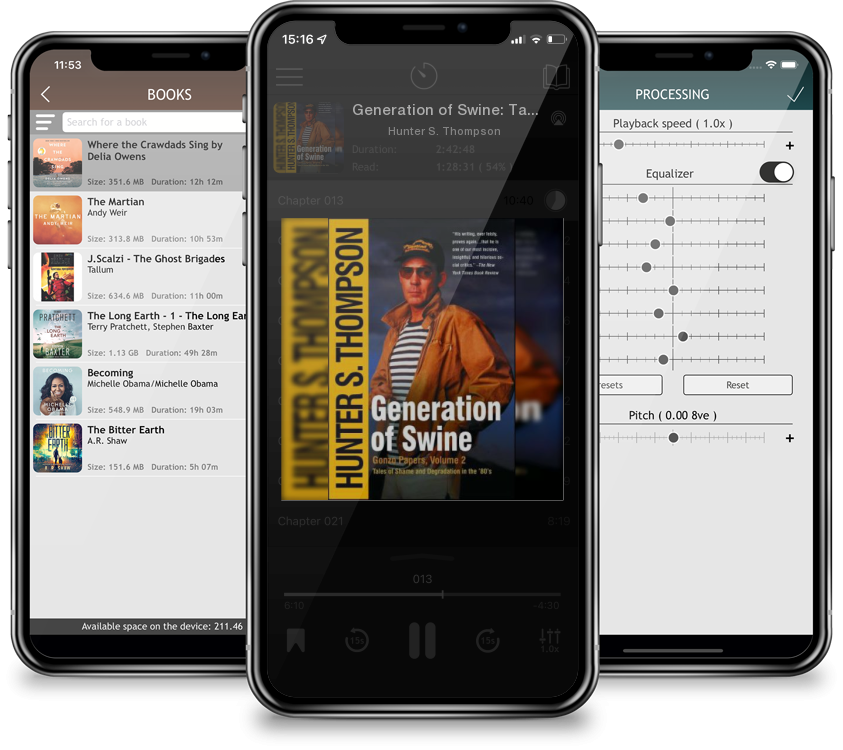 Generation of Swine: Tales of Shame and Degradation in the '80's

From the bestselling author of Fear and Loathing in Las Vegas, the legendary Hunter S. Thompson’s second volume of the “Gonzo Papers” is back. Generation of Swine collects hundreds of columns from the infamous journalist’s 1980s tenure at the San Francisco Examiner.Here, against a backdrop of late-night tattoo sessions and soldier-of-fortune trade shows, Dr. Thompson is at his apocalyptic best―covering emblematic events such as the 1987-88 presidential campaign, with Vice President George Bush, Sr., fighting for his life against Republican competitors like Alexander Haig, Pat Buchanan, and Pat Robertson; detailing the GOP's obsession with drugs and drug abuse; while at the same time capturing momentous social phenomena as they occurred, like the rise of cable, satellite TV, and CNN―24 hours of mainline news. Showcasing his inimitable talent for social and political analysis, Generation of Swine is vintage Thompson―eerily prescient, incisive, and enduring.