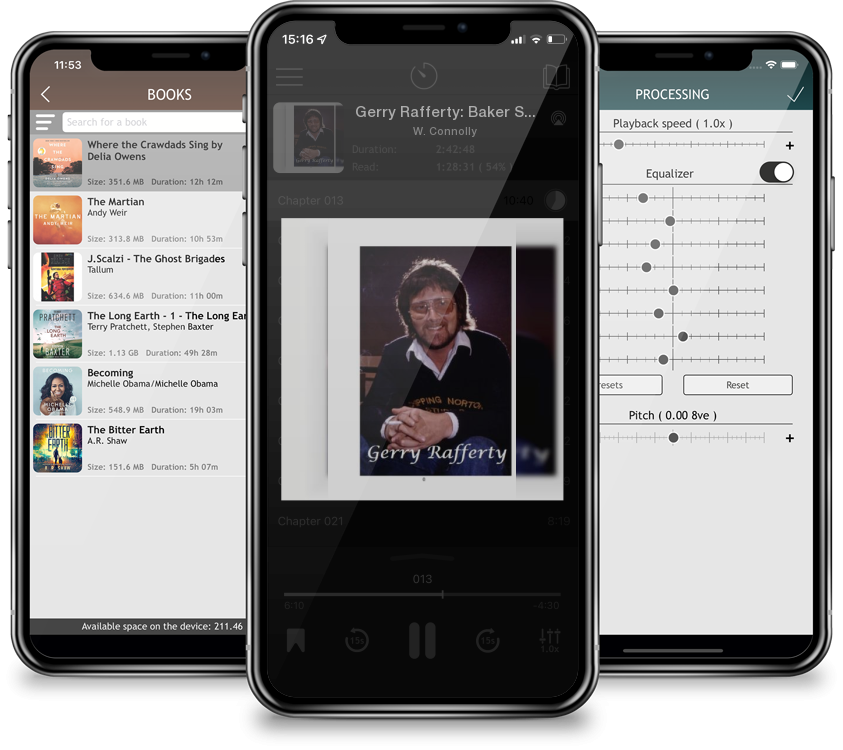 Gerald 'Gerry' Rafferty, born on 16th April 1947, Underwood Lane, Ferguslie Park, Paisley, Renfrewshire, Scotland, UK was a musician, singer, songwriter and record producer. His solo hits of the late '70s included Baker Street, Right Down the Line and Night Owl, following another with the band Stealers Wheel during 1973, 'Stuck in the Middle with You'. Gerry's mum taught him Irish and Scottish folk songs when he was growing up, later being influenced by The Beatles and Bob Dylan. Rafferty joined the folk-pop group The Humblebums in 1969 then recorded his 1st solo album, Can I Have My Money Back? after they folded during 1971. Gerry formed the group Stealers Wheel with Joe Egan the following year, having several hits, including Stuck in the Middle with You and Star. Rafferty recorded his 2nd solo L.P, City to City in 1978, which produced Baker Street, his biggest hit.