Want to listen to the audiobook Gorsuch: The Judge Who Speaks for Himself written by John Greenya?
MP3 Audiobook Player is here to help! 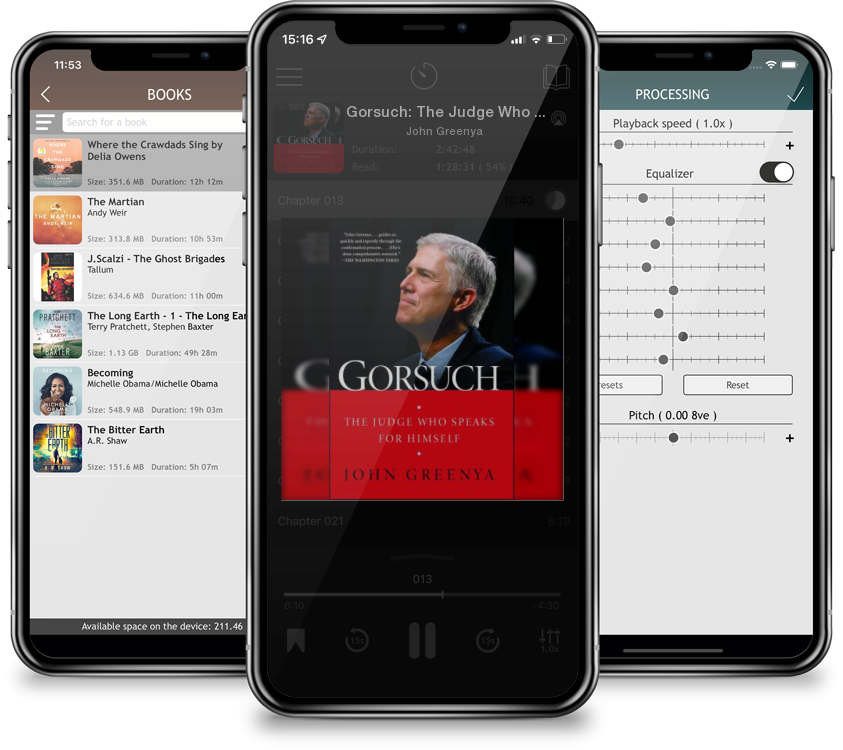 Gorsuch: The Judge Who Speaks for Himself

The first comprehensive biography of Neil Gorsuch, President Donald Trump’s Supreme Court nominee and the youngest Supreme Court justice at the time of confirmation in twenty-five years.Born in Denver in 1967, Gorsuch was—and still remains—somewhat of a mystery to Democrats and Republicans alike, despite his ten years as a federal judge. During his confirmation, a senator said to Gorsuch, “We want to know what is in your heart.” Now, acclaimed author John Greenya seeks to answer that question with this fascinating book. In Gorsuch, Greenya interviews those who knew Neil Gorsuch well in all periods of his life, both his opponents and his friends—at home and school, from his early work as a lawyer and his year as a Justice Department official, plus lawyers and others who interacted with him in his many years on the Federal bench. Enlightening, probing, and endlessly fascinating, Gorsuch provides a window to this conservative replacement to Justice Antonin Scalia and affords us a unique perspective on his anticipated legal opinions.