Want to listen to the audiobook Goering's Man in Paris: The Story of a Nazi Art Plunderer and His World written by Jonathan Petropoulos?
MP3 Audiobook Player is here to help! 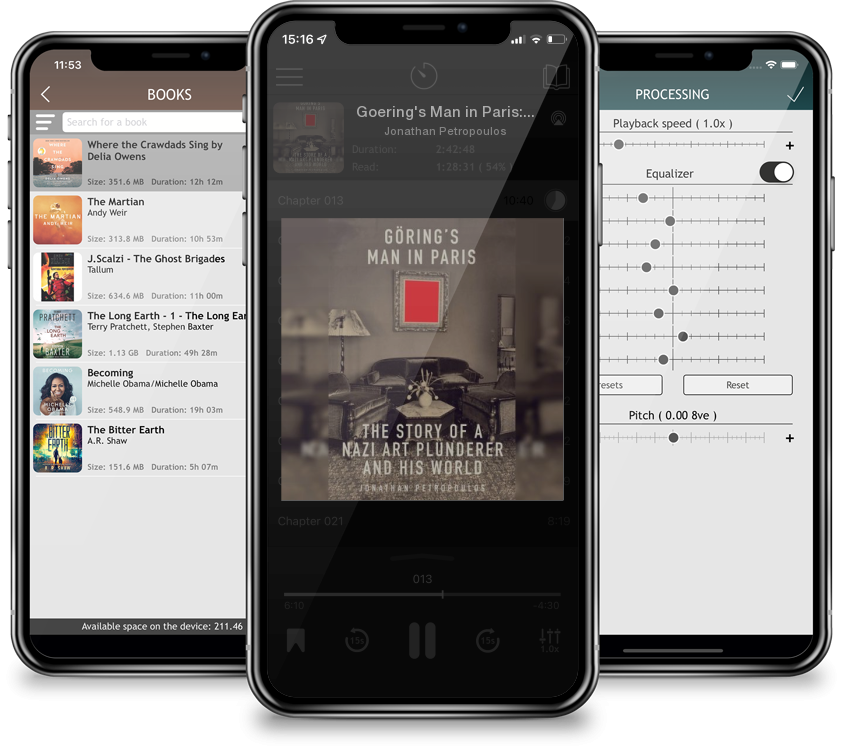 Goering's Man in Paris: The Story of a Nazi Art Plunderer and His World

A charged biography of a notorious Nazi art plunderer and his career in the postwar art world​ "[Petropoulos] brings Lohse into sharper focus, as a personality and axis point from which to explore a network of art dealers, collectors and museum curators connected to Nazi looting. . . . What emerges from Petropoulos’s research is a portrait of a charismatic and nefarious figure who tainted everyone he touched."—Nina Siegal, New York Times“Readers of art history and WWII biographies will appreciate this engrossing deep dive into one of the world’s most prolific art looters.”—Publishers Weekly Bruno Lohse (1911–2007) was one of the most notorious art plunderers in history. Appointed by Hermann Göring to Hitler’s art looting agency in Paris, he went on to help supervise the systematic theft and distribution of more than thirty thousand artworks, taken largely from French Jews, and to assist Göring in amassing an enormous private art collection. By the 1950s Lohse was officially denazified but was back in the art dealing world, offering masterpieces of dubious origin to American museums. After his death, dozens of paintings by Renoir, Monet, and Pissarro, among others, were found in his Zurich bank vault and adorning the walls of his Munich home. Jonathan Petropoulos spent nearly a decade interviewing Lohse and continues to serve as an expert witness for Holocaust restitution cases. Here he tells the story of Lohse’s life, offering a critical examination of the postwar art world.