Want to listen to the audiobook Hearing written by Lyn Hejinian?
MP3 Audiobook Player is here to help! 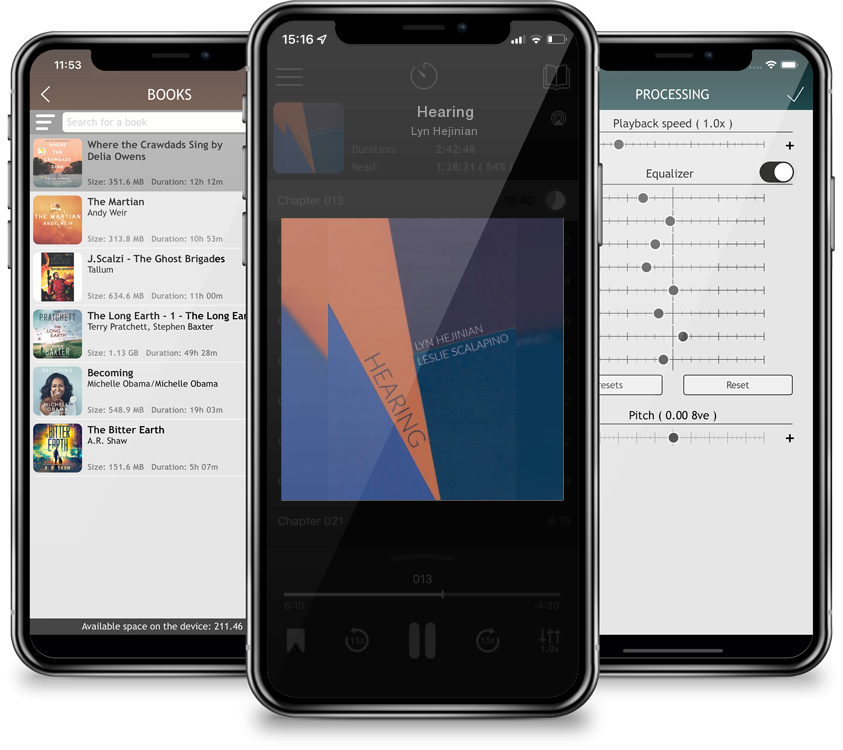 Poetry. Women's Studies. The forming of the five senses is a labor of the entire history of the world down to the present.--Karl MarxHEARING is the long-awaited second book in a series of collaborations by Lyn Hejinian and Leslie Scalapino organized around each of the five senses. Their first collaboration in this series, Sight, was published by Edge Books in 1999. Hejinian and Scalapino were nearing the completion of HEARING when Leslie Scalapino died in 2010. Ten years later, the book is published for the first time with a preface by Hejinian and an afterword by Judith Goldman.