Want to listen to the audiobook Here We Are: My Friendship with Philip Roth written by Benjamin Taylor?
MP3 Audiobook Player is here to help! 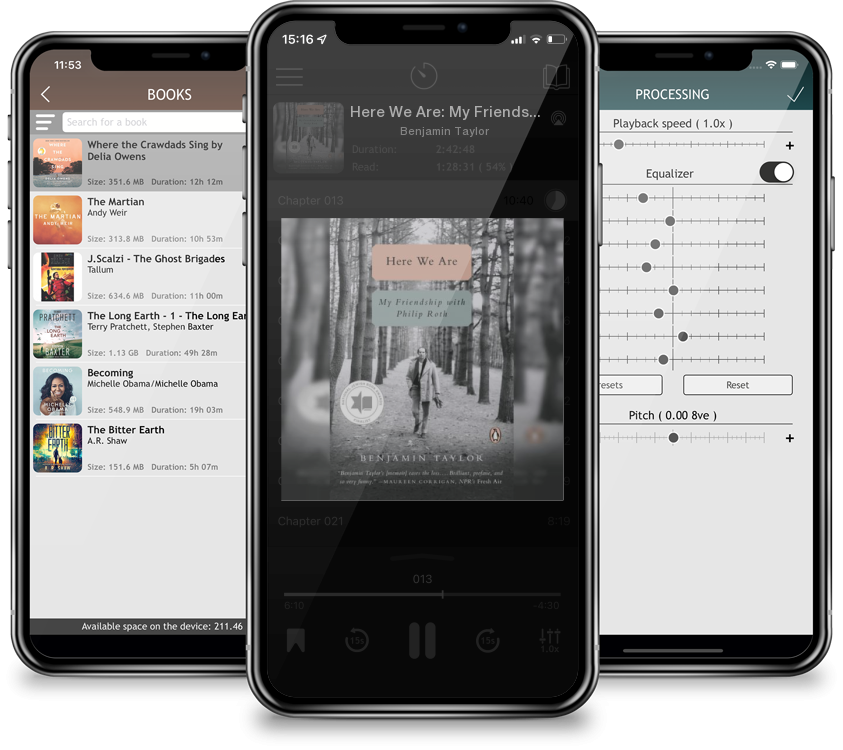 Here We Are: My Friendship with Philip Roth

Finalist for the 2020 National Jewish Book Awards A deeply felt, beautifully crafted meditation on friendship and loss in the vein of A Year of Magical Thinking, and a touching portrait of Philip Roth from his closest friend.   When I entered the examining room twenty minutes after our arrival at Charlotte Hungerford Hospital, Philip said, "No more books." Thus he announced his retirement.     So begins Benjamin Taylor's Here We Are, the unvarnished portrait of his best friend and one of America's greatest writers. Philip Roth's place in the canon is secure, but less clear is what the man himself was like. In Benjamin Taylor's beautifully constructed memoir, we see Roth as a mortal man, experiencing the joys and sorrows of aging, reflecting on his own writing, and doing something we all love to do: passing the time in the company of his closest friend.     An ode to friendship and its wondrous ability to brighten our lives in unexpected ways, Here We Are pays tribute to a friend in the way that only a writer can. Roth encouraged Taylor to write this book, giving him explicit instructions not to sugarcoat anything and not to publish it until after his death. Taylor's memoir will be the definitive account of Philip Roth as he lived for years to come.