Want to listen to the audiobook Hit Me!: Fighting the Las Vegas Mob by the Numbers written by Danielle Gomes?
MP3 Audiobook Player is here to help! 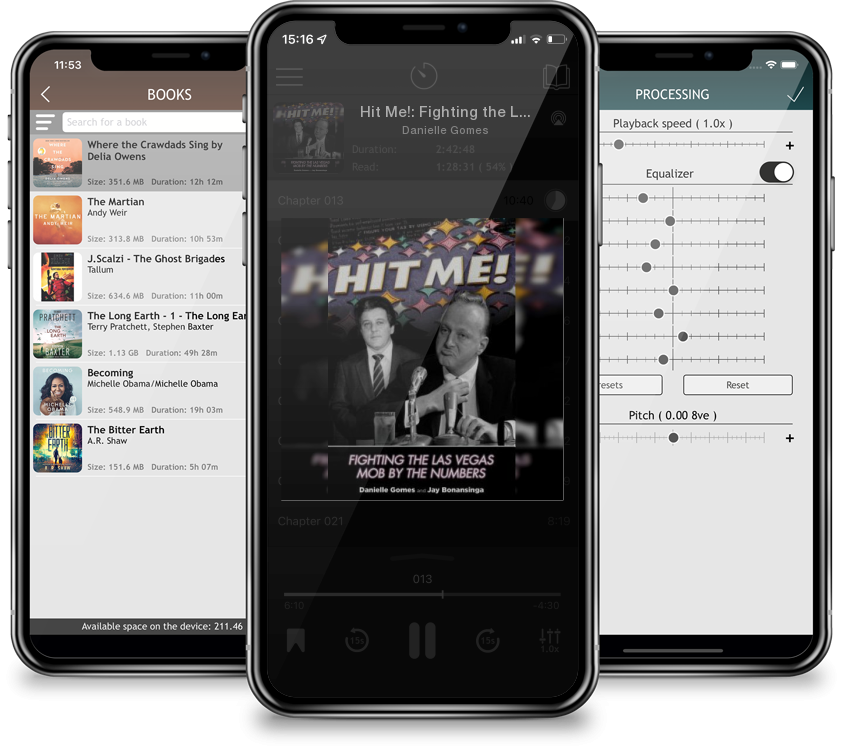 Hit Me!: Fighting the Las Vegas Mob by the Numbers

Las Vegas, 1970s--a golden age of Glitter Gulch corruption. Dennis Gomes--the youngest division chief in Gaming Control Board history--whipped a ragtag group of auditors into hardened, gun-slinging investigators, and shattered clich's about milquetoast accountant cops. Coming within a hair's breadth of death more than once, Gomes capped off his tenure with the famous bust of the Stardust skim, portrayed in the book and movie Casino. In Hit Me , there's action to fill a dozen Scorsese films--midnight raids, heart-rending showgirl romances, and deadly double-crosses. And the cast of characters reads like a roll call of gangster lore. But no matter how much evidence Gomes uncovered, or how many witnesses and informants were bloodied, Gomes was swept aside by a political system that was dirty to its core. It took nearly three decades, but in 2007, Gomes made a date with destiny at The Family Secrets Trial--the justice system finally taking out a "hit" on the mob. In a Chicago courtroom on July 30, 2007, Gomes--a key prosecutorial witness--finally settled all scores. Dennis Gomes, who passed away in February 2012, will be posthumously inducted into the Gaming Hall of Fame in Las Vegas in October 2012.