Want to listen to the audiobook Honorary White written by E. R. Braithwaite?
MP3 Audiobook Player is here to help! 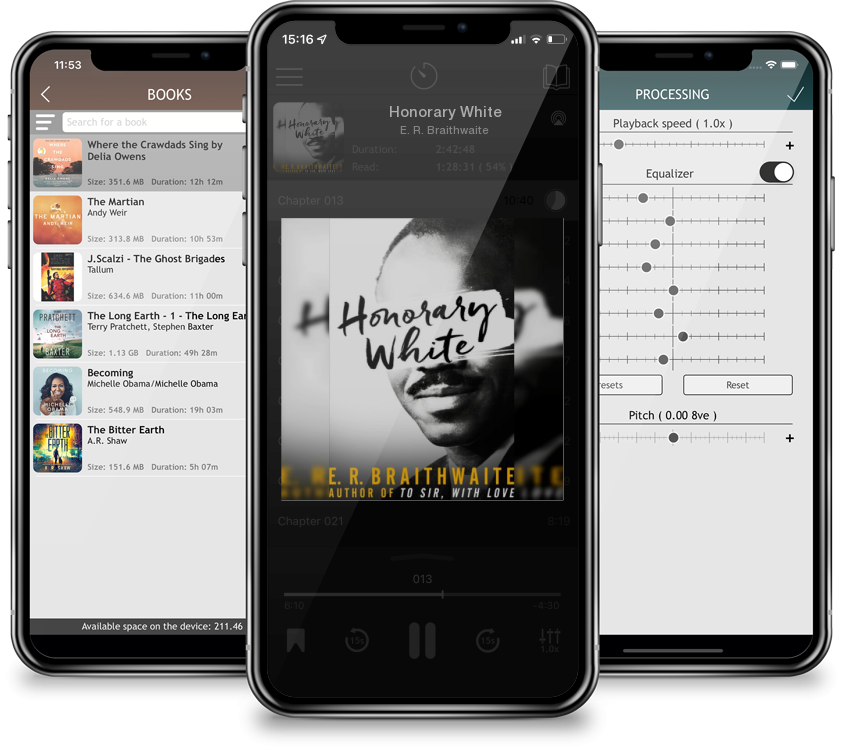 Acclaimed author E. R. Braithwaite (To Sir, With Love) chronicles the brutality, oppression, and courage he witnessed as a black man granted "Honorary White" status during a six-week visit to apartheid South AfricaAs a black man living in a white-dominated world, author E. R. Braithwaite was painfully aware of the multitude of injustices suffered by people of color and he wrote powerfully and poignantly about racial discrimination in his acclaimed novels and nonfiction works. So it came as a complete surprise when, in 1973, the longstanding ban on his books was lifted by the South African government, a ruling body of minority whites that brutally oppressed the black majority through apartheid laws. Applying for a visa--and secretly hoping to be refused--he was granted the official status of "Honorary White" for the length of his stay. As such, Braithwaite would be afforded some of the freedoms that South Africa's black population was denied, yet would nonetheless be considered inferior by the white establishment.With Honorary White, Braithwaite bears witness to a dark and troubling time, relating with grave honesty and power the shocking abuses, inequities, and horrors he observed and experienced firsthand during his six-week stay in a criminal nation. His book is a personal testament to the savagery of apartheid and to the courage of those who refused to be broken by it.