Want to listen to the audiobook Hot Wired Guitar: The Life of Jeff Beck written by Martin Power?
MP3 Audiobook Player is here to help! 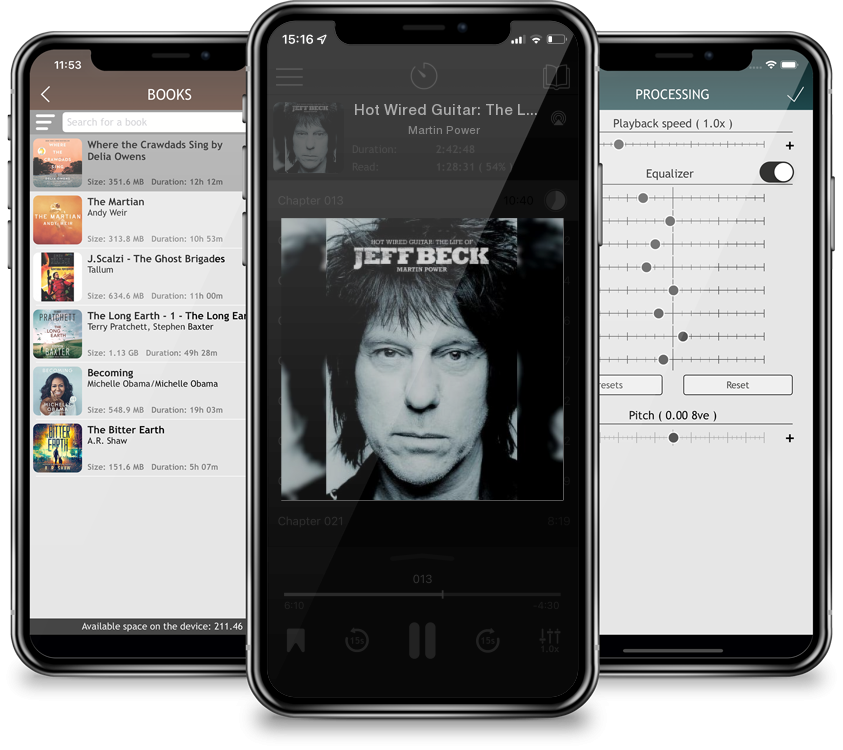 The definitive account of Jeff Beck's journey from his childhood in 1940s South London to the worldwide success of 2010's album Emotion and Commotion and beyond. Author Martin Power has talked to former Yardbirds members Chris Dreja and Jim McCarty as well as manager Simon Napier-Bell and fellow musicians including Max Middleton, Stanley Clarke, Simon Phillips, Jimmy Hall, Mo Foster, Doug Wimbish and many others. Supported to full album reviews, rare photographs and an up-to-date discography, Hot Wired Guitar is the most complete and comprehensive account of the life and times of Jeff Beck, the man who took the electric guitar and showed the world just what could be done with just six strings and "one hell of an attitude."