Want to listen to the audiobook How to Be a Girl: A Mother's Memoir of Raising Her Transgender Daughter written by Marlo Mack?
MP3 Audiobook Player is here to help! 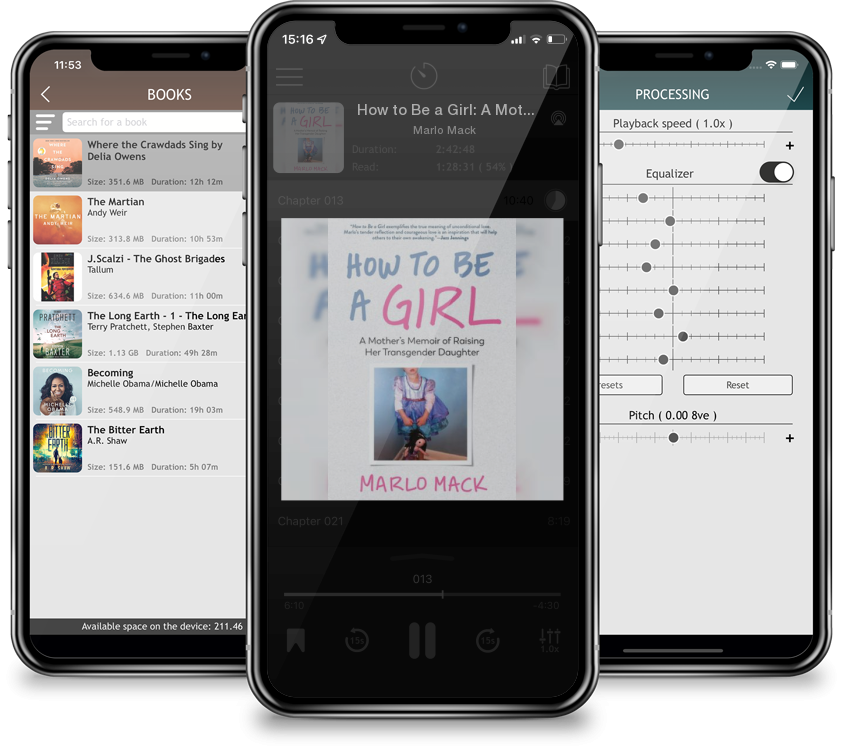 How to Be a Girl: A Mother's Memoir of Raising Her Transgender Daughter

A poignant narrative of one mom’s struggle to support her transgender daughter—showing how any parent can forge a deeper bond with their child by truly listeningMama, something went wrong in your tummy. And it made me come out as a boy instead of a girl. When Marlo Mack’s three-year-old utters these words, her world splits wide open. Friends and family, experts, and Marlo herself had long downplayed her “son’s” requests for pretty dresses and long hair as experimentation—as a phase—but that time is over. When little “M” begs, weeping, to be reborn, Marlo knows she has to start listening to her kid.How to Be a Girl is Mack’s unflinching memoir of M’s coming out—to her father, grandparents, classmates, and the world. Fearful of the prejudice that menaces M’s future, Mack finds her liberal values surprisingly challenged: Why can’t M just be a boy who wears skirts and loves fairies? But M doesn’t give up: She’s a girl! As mother and daughter teach one another How to Be a Girl, Mack realizes it’s really the world that has a lot to learn—from her sparkly, spectacular M.