Want to listen to the audiobook Every Breath You Take (An Under Suspicion Novel) (Mass Market) written by Mary Higgins Clark?
MP3 Audiobook Player is here to help! 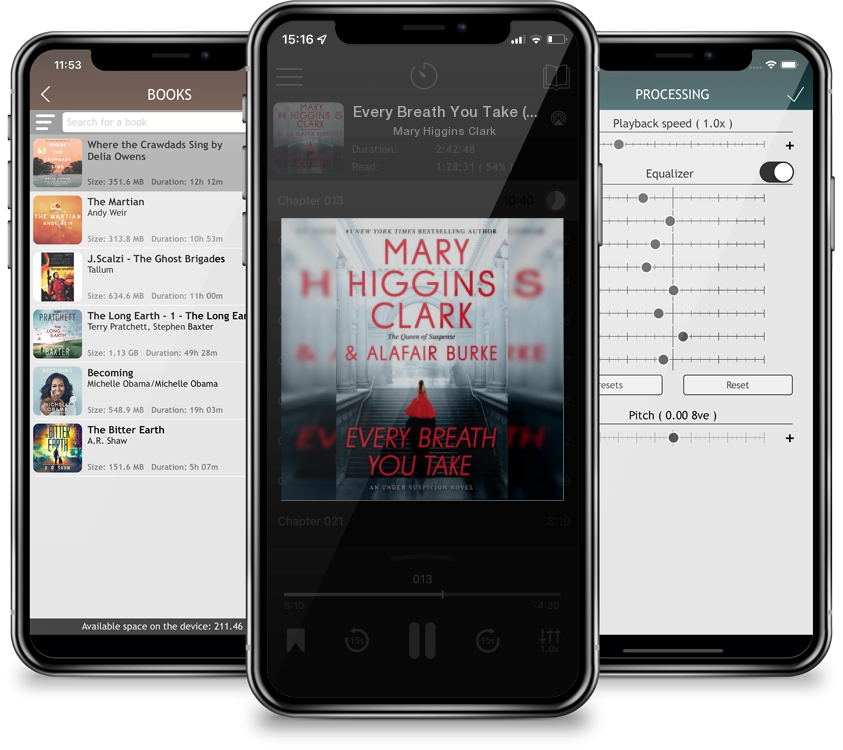 Every Breath You Take (An Under Suspicion Novel) (Mass Market)

The New York Times bestselling Under Suspicion series by the “Queen of Suspense” Mary Higgins Clark and Alafair Burke returns with this gripping mystery following television producer’s Laurie Moran investigation of the unsolved Met Gala murder—in which a wealthy widow was pushed to her death from the famous museum’s rooftop.Laurie Moran’s professional life is a success—her television show Under Suspicion is a hit, both in the ratings and its record of solving cold cases. But her romantic break from former host Alex Buckley has left her with on-air talent she can’t stand—Ryan Nichols—and a crippling sense of loneliness. Now Ryan has suggested a new case. Three years ago, Virginia Wakeling, a member of the Board of Trustees of the Metropolitan Museum of Art and one of the museum’s most generous donors, was found dead in the snow, after being thrown from the museum’s roof on the night of the Met Gala. The leading suspect then and now is her much younger boyfriend and personal trainer, Ivan Gray. Ivan runs a trendy, successful boutique gym called Punch—a business funded in no small part by the late Virginia—which happens to be the gym Ryan frequents. Laurie’s skepticism about the case is upended by a tip from her father’s NYPD connection, and soon Laurie realizes there are a bevy of suspects—including Virginia’s trusted inner circle. As the Under Suspicion crew pries into the lives of a super wealthy real estate family with secrets to hide, danger mounts for several witnesses—and for Laurie.