Want to listen to the audiobook How to Ruin Everything: Essays written by George Watsky?
MP3 Audiobook Player is here to help! 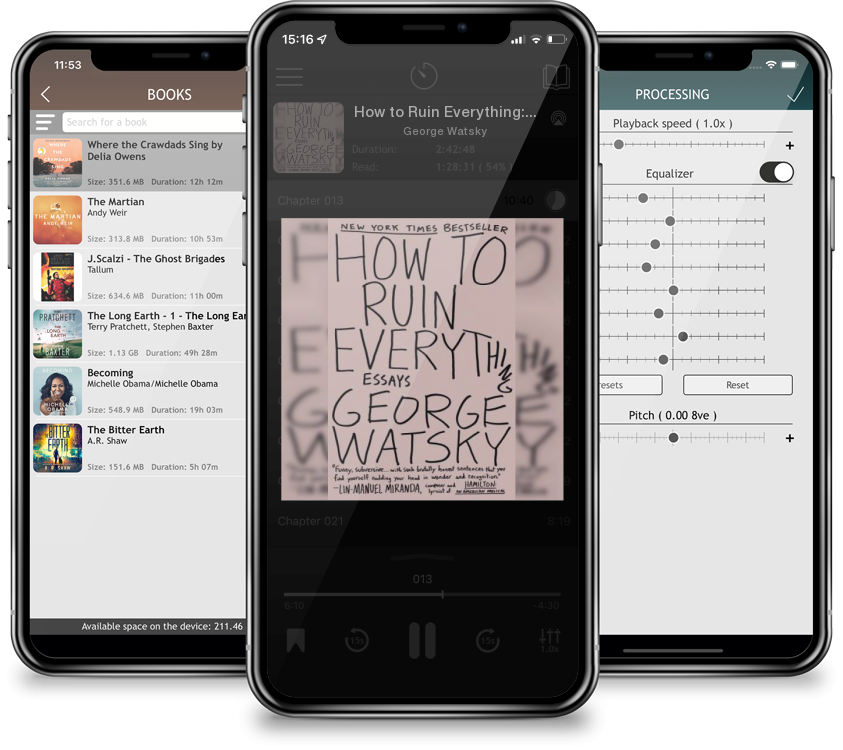 How to Ruin Everything: Essays

A New York Times Bestseller"Funny, subversive, and able to excavate such brutally honest sentences that you find yourself nodding your head in wonder and recognition." —Lin-Manuel Miranda, composer and lyricist of In the Heights and Hamilton: An American MusicalAre you a sensible, universally competent individual? Are you tired of the crushing monotony of leaping gracefully from one lily pad of success to the next? Are you sick of doing everything right? In this brutally honest and humorous debut, musician and artist George Watsky chronicles the small triumphs over humiliation that make life bearable and how he has come to accept defeat as necessary to personal progress. The essays in How to Ruin Everything range from the absurd (how he became an international ivory smuggler) to the comical (his middle-school rap battle dominance) to the revelatory (his experiences with epilepsy), yet all are delivered with the type of linguistic dexterity and self-awareness that has won Watsky devoted fans across the globe. Alternately ribald and emotionally resonant, How to Ruin Everything announces a versatile writer with a promising career ahead.