Want to listen to the audiobook How to Talk Dirty and Influence People: An Autobiography written by Lenny Bruce?
MP3 Audiobook Player is here to help! 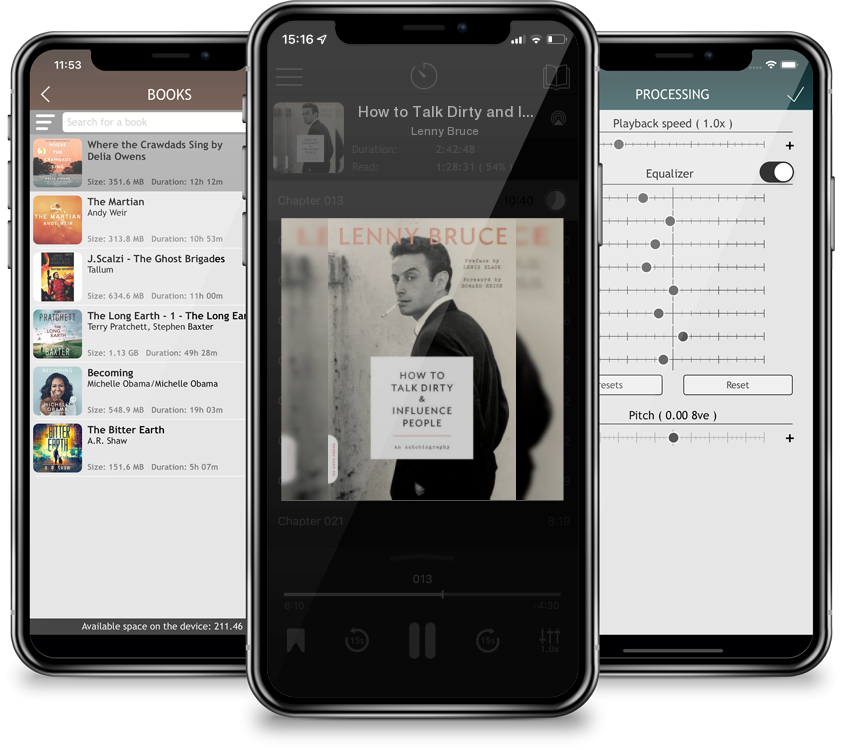 How to Talk Dirty and Influence People: An Autobiography

During the course of a career that began in the late 1940s, Lenny Bruce challenged the sanctity of organized religion and other societal and political conventions; he widened the boundaries of free speech. Critic Ralph Gleason said, "So many taboos have been lifted and so many comics have rushed through the doors Lenny opened. He utterly changed the world of comedy." Although Bruce died when he was only forty, his influence on the worlds of comedy, jazz, and satire are incalculable. How to Talk Dirty and Influence People remains a brilliant existential account of his life and the forces that made him the most important and controversial entertainer in history.