Want to listen to the audiobook How to Turn Down a Billion Dollars: The Snapchat Story written by Billy Gallagher?
MP3 Audiobook Player is here to help! 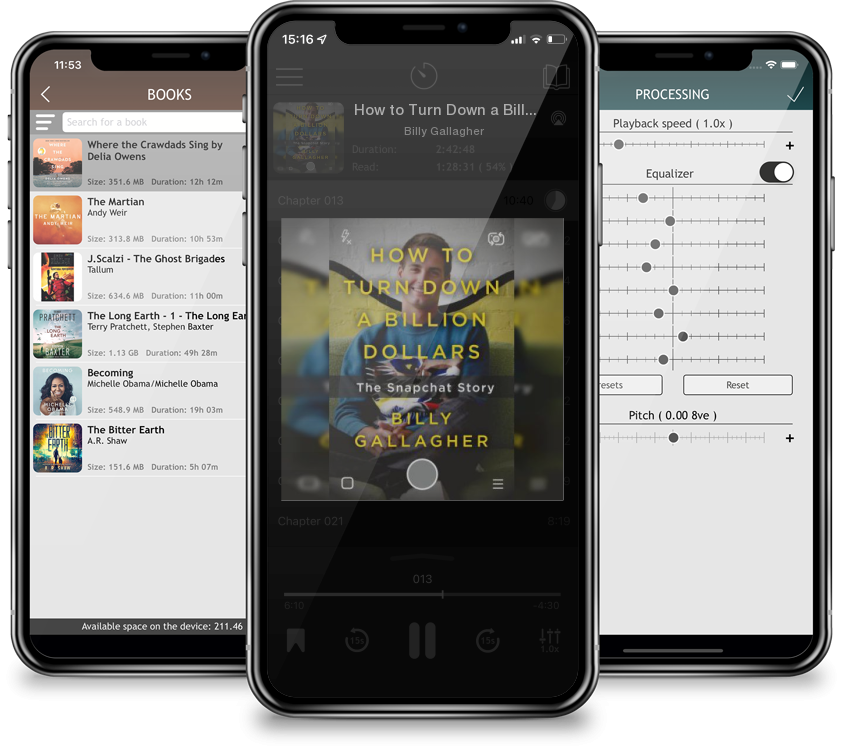 How to Turn Down a Billion Dollars: The Snapchat Story

"In the grand tradition of Ben Mezrich's The Accidental Billionaires (2009)... an engaging look into a fascinating subculture of millions." —Booklist"Breezy...How to Turn Down a Billion Dollars ably if uncritically chronicles the short history of a young company catering to young users, with a young chief executive, and reveals, intentionally or not, the limitations that come with that combination." —Wall Street JournalThe improbable and exhilarating story of the rise of Snapchat from a frat boy fantasy to a multi-billion dollar internet unicorn that has dramatically changed the way we communicate.In 2013 Evan Spiegel, the brash CEO of the social network Snapchat, and his co-founder Bobby Murphy stunned the press when they walked away from a three-billion-dollar offer from Facebook: how could an app teenagers use to text dirty photos dream of a higher valuation? Was this hubris, or genius? In How to Turn Down a Billion Dollars, tech journalist Billy Gallagher takes us inside the rise of one of Silicon Valley's hottest start-ups. Snapchat developed from a simple wish for disappearing pictures as Stanford junior Reggie Brown nursed regrets about photos he had sent. After an epic feud between best friends, Brown lost his stake in the company, while Spiegel has gone on to make a name for himself as a visionary—if ruthless—CEO worth billions, linked to celebrities like Taylor Swift and his wife, Miranda Kerr. A fellow Stanford undergrad and fraternity brother of the company’s founding trio, Gallagher has covered Snapchat from the start. He brings unique access to a company Bloomberg Business called “a cipher in the Silicon Valley technology community.” Gallagher offers insight into challenges Snapchat faces as it transitions from a playful app to one of the tech industry’s preeminent public companies. In the tradition of great business narratives, How to Turn Down a Billion Dollars offers the definitive account of a company whose goal is no less than to remake the future of entertainment.