Want to listen to the audiobook I, Claud: Memoirs of a Subversive written by Claud Cockburn?
MP3 Audiobook Player is here to help! 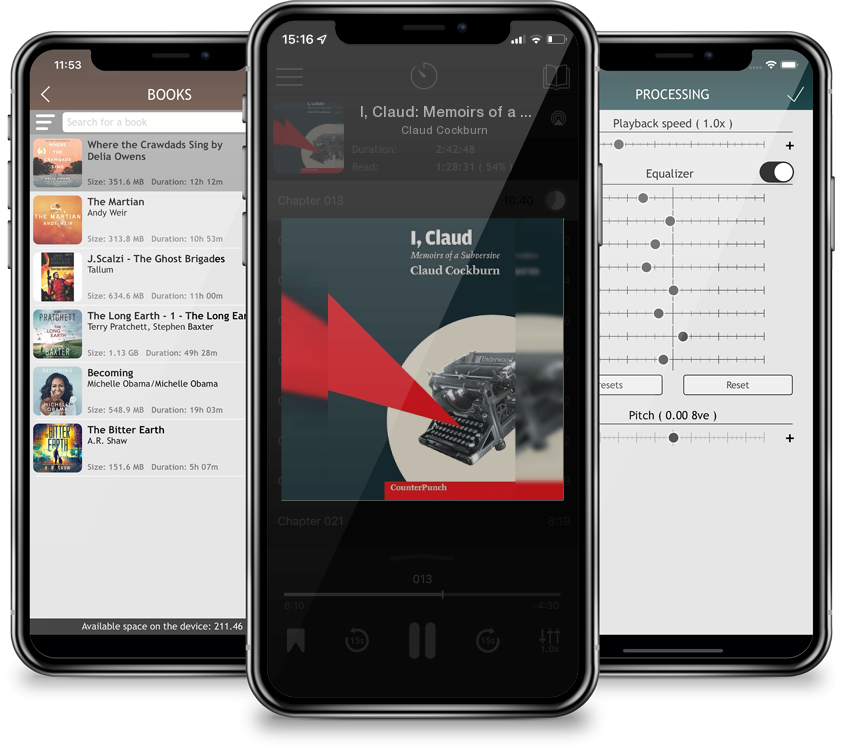 I, Claud: Memoirs of a Subversive

The memoirs of British radical journalist Claud Cockburn are sardonic, hilarious, and filled with rich historical detail. They tell the story of an Oxford-educated Communist who rubbed elbows with everyone from Al Capone to Charles de Gaulle. From "Times" correspondent to foreign editor of the "Daily Worker," Cockburn witnessed many of the twentieth century's most important events. He shares his insights with unparalleled, and decidedly irreverent, authorial skill. Includes a new foreword by Alexander Cockburn. Claud Cockburn (1904 1981) was a renowned journalist and novelist. His novel "Beat the Devil" was made into a film directed by John Huston.