Want to listen to the audiobook I'm Supposed to Protect You from All This: A Memoir written by Nadja Spiegelman?
MP3 Audiobook Player is here to help! 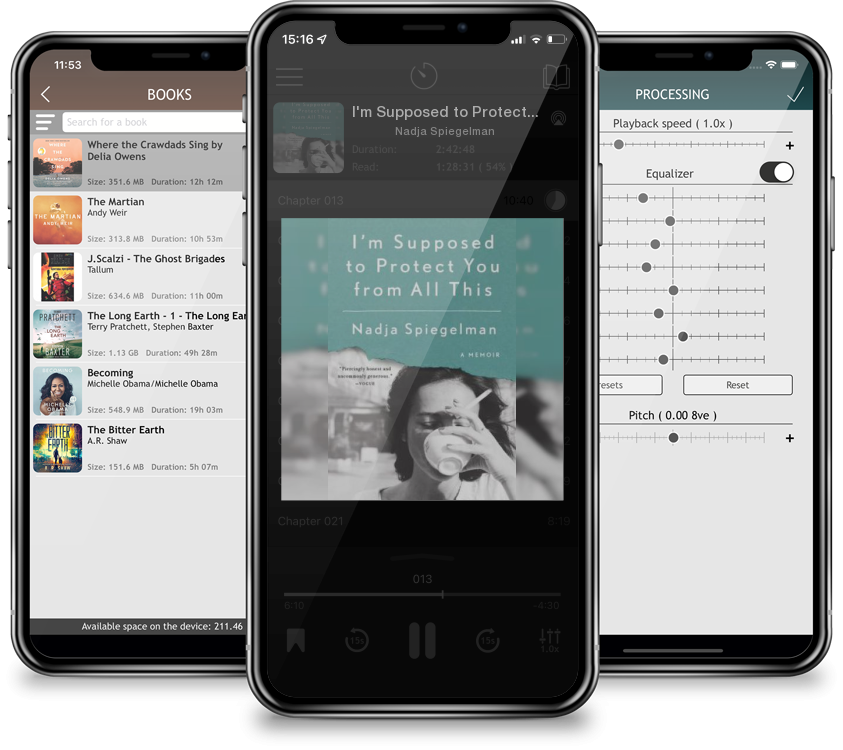 I'm Supposed to Protect You from All This: A Memoir

A Vogue Best Book of the Year"What Ferrante did for female friends—exploring the tumult and complexity their relationships could hold—Spiegelman sets out to do for mothers and daughters. She’s essentially written My Brilliant Mom." —Slate A memoir of mothers and daughters—and mothers as daughters—traced through four generations, from Paris to New York and back again.  For a long time, Nadja Spiegelman believed her mother was a fairy. More than her famous father, Maus creator Art Spiegelman, and even more than most mothers, hers—French-born New Yorker art director Françoise Mouly—exerted a force over reality that was both dazzling and daunting. As Nadja’s body changed and “began to whisper to the adults around me in a language I did not understand,” their relationship grew tense. Unwittingly, they were replaying a drama from her mother’s past, a drama Nadja sensed but had never been told. Then, after college, her mother suddenly opened up to her. Françoise recounted her turbulent adolescence caught between a volatile mother and a playboy father, one of the first plastic surgeons in France. The weight of the difficult stories she told her daughter shifted the balance between them.                  It had taken an ocean to allow Françoise the distance to become her own person. At about the same age, Nadja made the journey in reverse, moving to Paris determined to get to know the woman her mother had fled.  Her grandmother’s memories contradicted her mother’s at nearly every turn, but beneath them lay a difficult history of her own. Nadja emerged with a deeper understanding of how each generation reshapes the past in order to forge ahead, their narratives both weapon and defense, eternally in conflict. Every reader will recognize herself and her family in I'm Supposed to Protect You From All This, a gorgeous and heartbreaking memoir that helps us to see why sometimes those who love us best hurt us most.