Want to listen to the audiobook I'm Your Man: The Life of Leonard Cohen written by Sylvie Simmons?
MP3 Audiobook Player is here to help! 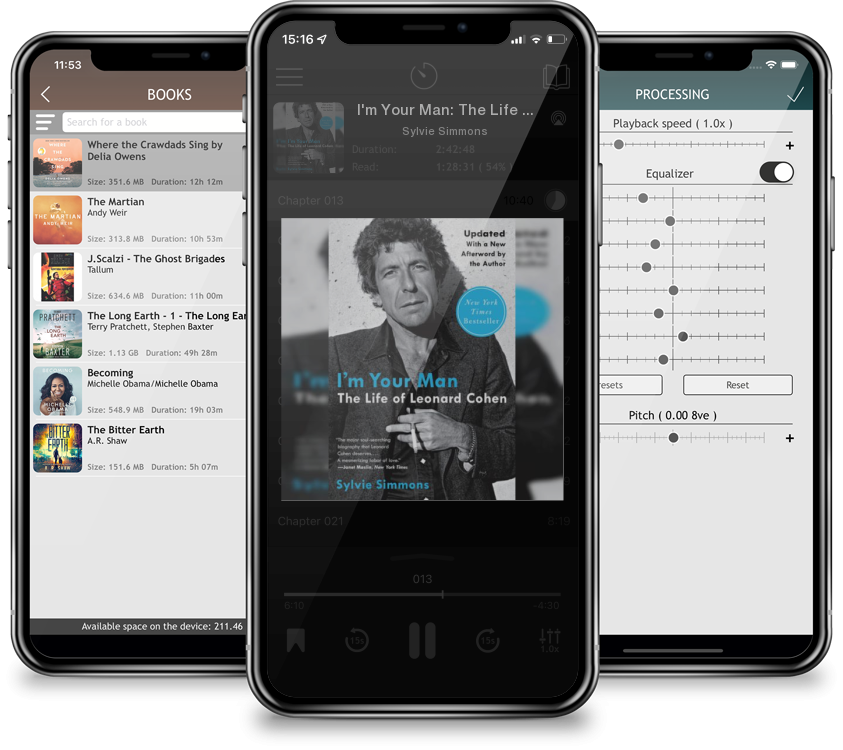 I'm Your Man: The Life of Leonard Cohen

The New York Times-bestselling, definitive biography of legendary artist Leonard Cohen, now with new afterword by the author “There is a crack in everything. That’s how the light gets in.” — Leonard CohenThe genius behind such classic songs as Suzanne, Bird on a Wire, and Hallelejuia, Leonard Cohen was one of the most important and influential songwriters of our time, a man of spirituality, emotion, and intelligence whose work explored the definitive issues of human life—sex, religion, power, meaning, love.Yet before he even began recording, Cohen was an accomplished literary figure whose. poetry and novels brought him considerable recognition. His dual careers in music and literature have transformed one other, his songs revealing a literary quality rare in the world of popular music, and his poetry and prose informed by a rich musicality.I’m Your Man explores the facets of Cohen’s life—from his early childhood in Montreal, to his entrée into the worlds of literature and music, his immersion in Jewish culture, obsession with Christian imagery, and deep commitment to Buddhist detachment—including the five years he spent at a monastery outside of Los Angeles and his ordainment as a Rinzai Zen Buddhist Monk—offering remarkable insight into an artist whose reach, vision, and incredible talent has had a profound impact on multiple generations of writers, poets, musicians, artists, and everyday people.