Want to listen to the audiobook I Put A Spell On You: The Autobiography Of Nina Simone written by Nina Simone?
MP3 Audiobook Player is here to help! 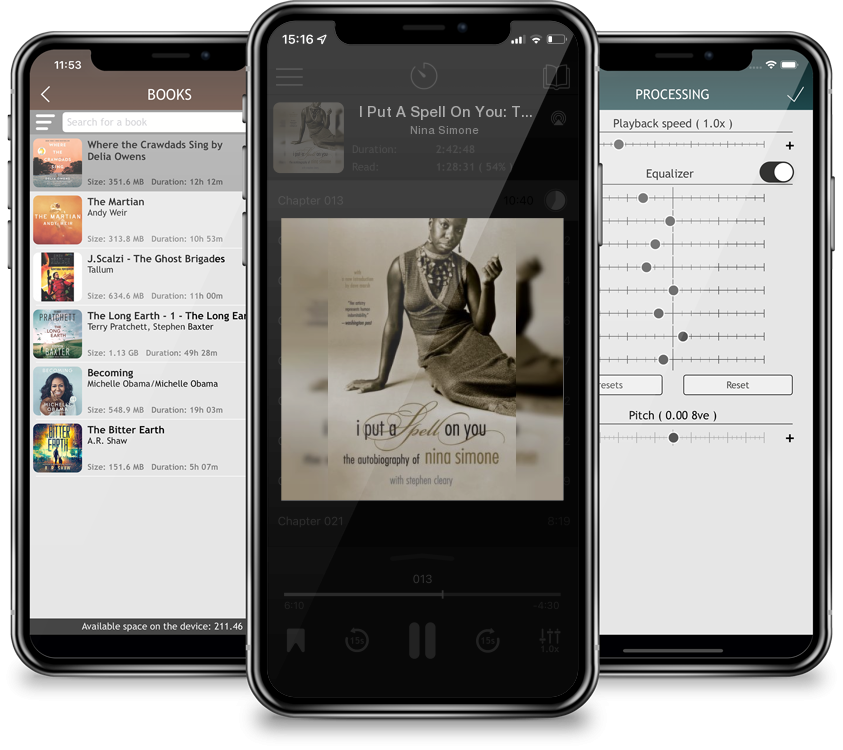 I Put A Spell On You: The Autobiography Of Nina Simone

James Baldwin used to tell Nina Simone, "This is the world you have made for yourself, now you have to live in it." Simone has created for herself a world of magnificent peaks. Often compared to Billie Holiday and Edith Piaf, Simone is known as one of the greatest singers of her generation. She has recorded forty-three albums, ranging from blues to jazz to folk, and her hits like "I Loves You, Porgy," "My Baby Just Cares for Me," "I Put a Spell on You," and "Mississippi Goddam" have confirmed her as an enduring force in popular music. Her song "Young, Gifted, and Black" became the anthem for the Civil Rights Movement and thrust her beyond international stardom into the center of activism. But such worlds as Simone's are not without their grim valleys: disastrous marriages, arrest and the threat of imprisonment, mental breakdown, poverty, and attempted suicide. She has survived these trials and continues to perform throughout Europe and the United States. With undiminished passion and in her unconquerable voice, this is Nina Simone's powerful memoir of her tempestuous life.