Want to listen to the audiobook I Will Bear Witness, Volume 2: A Diary of the Nazi Years: 1942-1945 written by Victor Klemperer?
MP3 Audiobook Player is here to help! 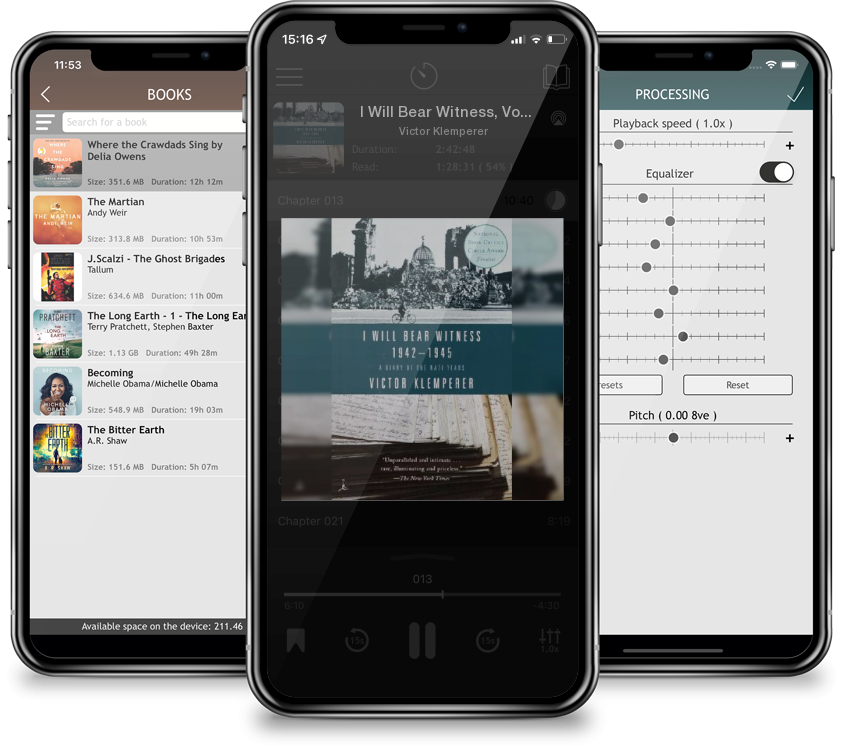 Destined to take its place alongside The Diary of Anne Frank and Elie Wiesel's Night as one of the great classics of the Holocaust, I Will Bear Witness is a timeless work of literature, the most eloquent and acute testament to have emerged from Hitler's Germany. Volume Two begins in 1942, the year the Final Solution was formally proposed, and carries us through to the Allied bombing of Dresden and Germany's defeat.