Want to listen to the audiobook In Nixon's Web: A Year in the Crosshairs of Watergate written by Ed Gray?
MP3 Audiobook Player is here to help! 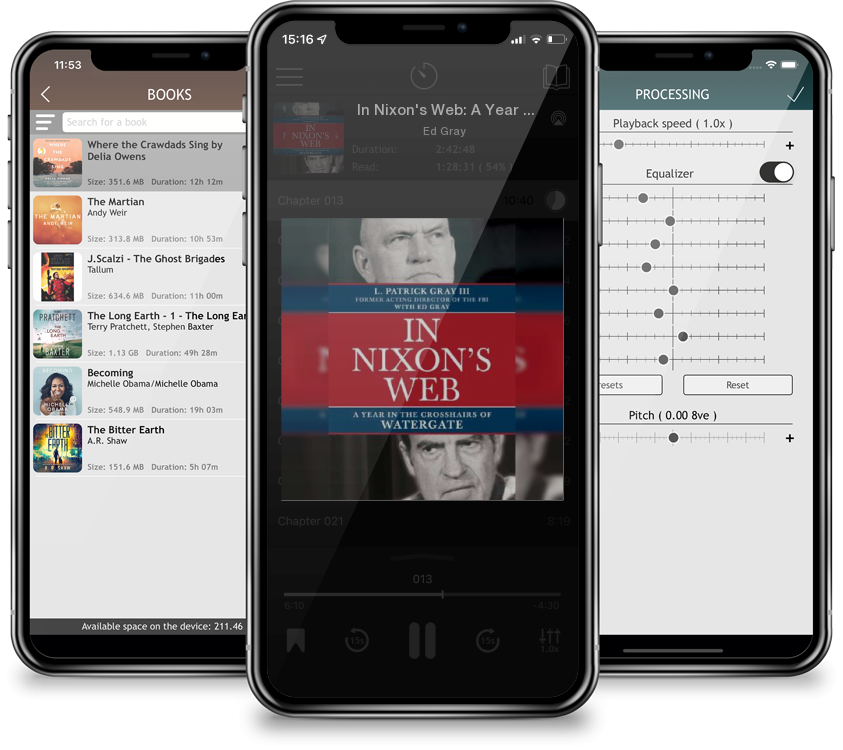 In Nixon's Web: A Year in the Crosshairs of Watergate

The last untold story of Watergate--by the FBI director who maintained his silence for more than thirty years L.Patrick Gray III was the man caught in the middle of the Watergate scandal. He was a lifelong Republican, but Richard Nixon considered him a threat. Closing in on the conspiracy, Gray became the target of one of Watergate's most shocking acts--Nixon's "smoking gun" attempt to have the CIA stop the FBI investigation. And when the U.S. Senate focused its attention on Gray in April 1973, the White House threw him to the wolves; John Ehrlichman famously advised that he be left to "twist slowly, slowly in the wind." This book is Gray's firsthand account of what really happened during his crucial year as acting director of the FBI, based on a never-before-published first-person account and previously secret documents. He reveals the witches' brew of intrigue and perfidy that permeated Washington, and he tells the unknown story of his complex relationship with his top deputy, Mark Felt, raising disturbing questions about the methods and motives of the man purported to be Deep Throat. Gray's book was completed and expanded by his son, the journalist Ed Gray, who has supplemented the text with revelatory excerpts from documents, tape transcripts, and third-party accounts. Every other major figure has told his story, and now Patrick Gray's unique inside account will change the way we think about the crisis that destroyed the Nixon presidency.