Want to listen to the audiobook In Search of The Color Purple: The Story of an American Masterpiece (Books About Books) written by Salamishah Tillet?
MP3 Audiobook Player is here to help! 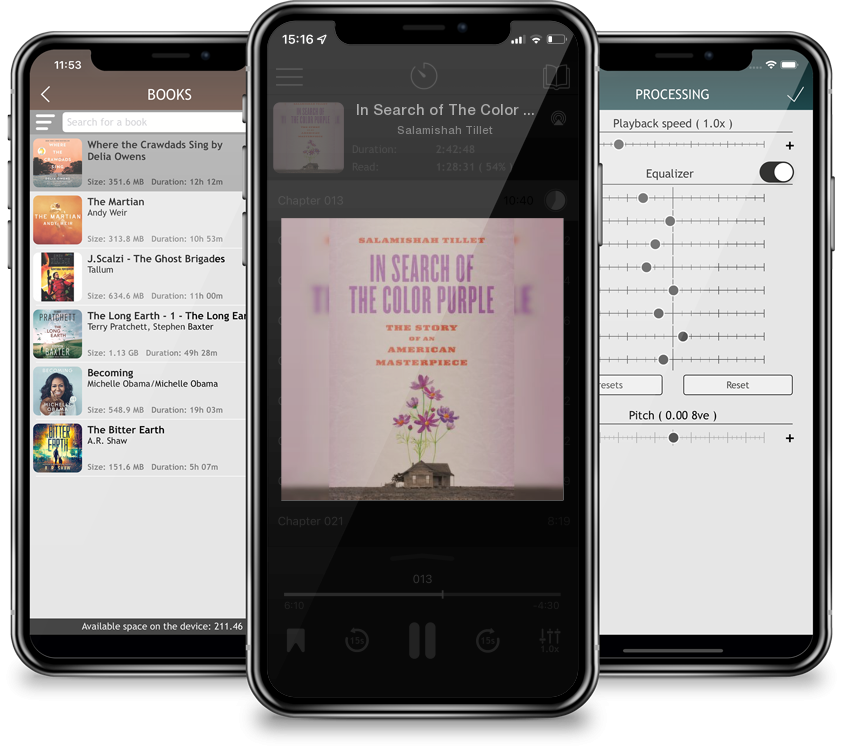 In Search of The Color Purple: The Story of an American Masterpiece (Books About Books)

Mixing cultural criticism, literary history, biography, and memoir, an exploration of Alice Walker’s critically acclaimed and controversial novel, The Color Purple   Alice Walker made history in 1983 when she became the ﬁrst black woman to win the Pulitzer Prize and the National Book Award for The Color Purple. Published in the Reagan era amid a severe backlash to civil rights, the Jazz Age novel tells the story of racial and gender inequality through the life of a 14-year-old girl from Georgia who is haunted by domestic and sexual violence.   Prominent academic and activist Salamishah Tillet combines cultural criticism, history, and memoir to explore Walker’s epistolary novel and shows how it has inﬂuenced and been informed by the zeitgeist. The Color Purple received both praise and criticism upon publication, and the conversation it sparked around race and gender still continues today. It has been adapted for an Oscar-nominated ﬁlm and a hit Broadway musical.   Through archival research and interviews with Walker, Oprah Winfrey, and Quincy Jones (among others), Tillet studies Walker’s life and how themes of violence emerged in her earlier work. Reading The Color Purple at age 15 was a groundbreaking experience for Tillet. It continues to resonate with her—as a sexual violence survivor, as a teacher of the novel, and as an accomplished academic.   Provocative and personal, In Search of The Color Purple is a bold work from an important public intellectual, and captures Alice Walker’s seminal role in rethinking sexuality, intersectional feminism, and racial and gender politics.