Want to listen to the audiobook In the Shadow of the Empress: The Defiant Lives of Maria Theresa, Mother of Marie Antoinette, and Her Daughters written by Nancy Goldstone?
MP3 Audiobook Player is here to help! 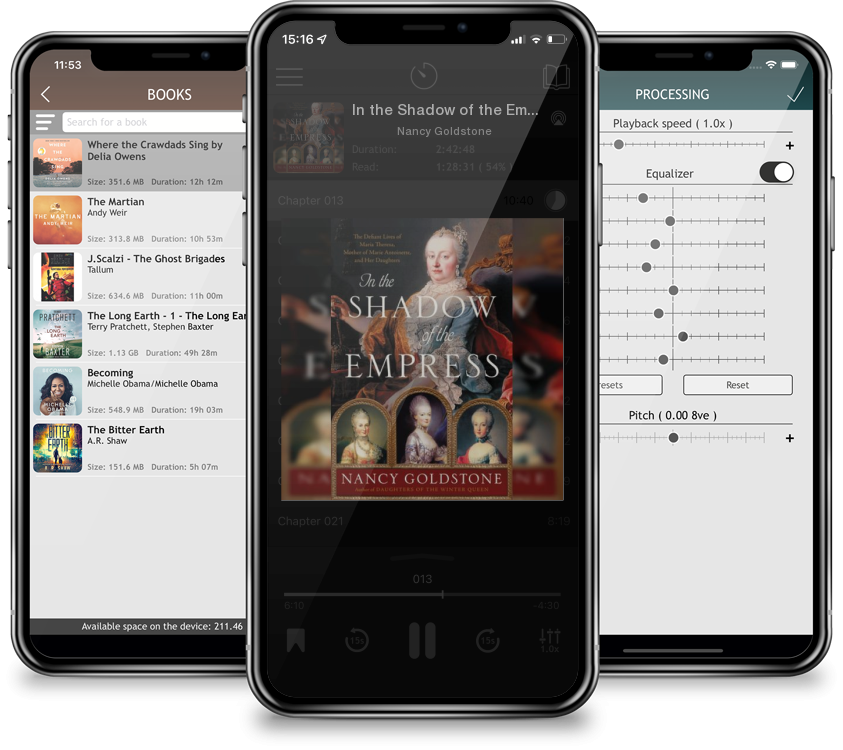 In the Shadow of the Empress: The Defiant Lives of Maria Theresa, Mother of Marie Antoinette, and Her Daughters

The vibrant, sprawling saga of Empress Maria Theresa—one of the most renowned women rulers in history—and three of her extraordinary daughters, including Marie Antoinette, the doomed queen of France.Out of the thrilling and tempestuous eighteenth century comes the sweeping family saga of beautiful Maria Theresa, a sovereign of uncommon strength and vision, the only woman ever to inherit and rule the vast Habsburg Empire in her own name, and three of her remarkable daughters: lovely, talented Maria Christina, governor-general of the Austrian Netherlands; spirited Maria Carolina, the resolute queen of Naples; and the youngest, Marie Antoinette, the glamorous, tragic queen of France, and perhaps the most famous princess in history. Unfolding against an irresistible backdrop of brilliant courts from Vienna to Versailles, embracing the exotic lure of Naples and Sicily, this epic history of Maria Theresa and her daughters is a tour de force of desire, adventure, ambition, treachery, sorrow, and glory. Each of these women’s lives was packed with passion and heart-stopping suspense. Maria Theresa inherited her father’s thrones at the age of twenty-three and was immediately attacked on all sides by foreign powers confident that a woman would to be too weak to defend herself. Maria Christina, a gifted artist who alone among her sisters succeeded in marrying for love, would face the same dangers that destroyed the monarchy in France. Resourceful Maria Carolina would usher in the golden age of Naples only to face the deadly whirlwind of Napoleon. And, finally, Marie Antoinette, the doomed queen whose stylish excesses and captivating notoriety have masked the truth about her husband and herself for two hundred and fifty years. Vividly written and deeply researched, In the Shadow of the Empress is the riveting story of four exceptional women who changed the course of history.