Want to listen to the audiobook In the Shadows of a Newport Mansion written by Michael a. Seggie?
MP3 Audiobook Player is here to help! 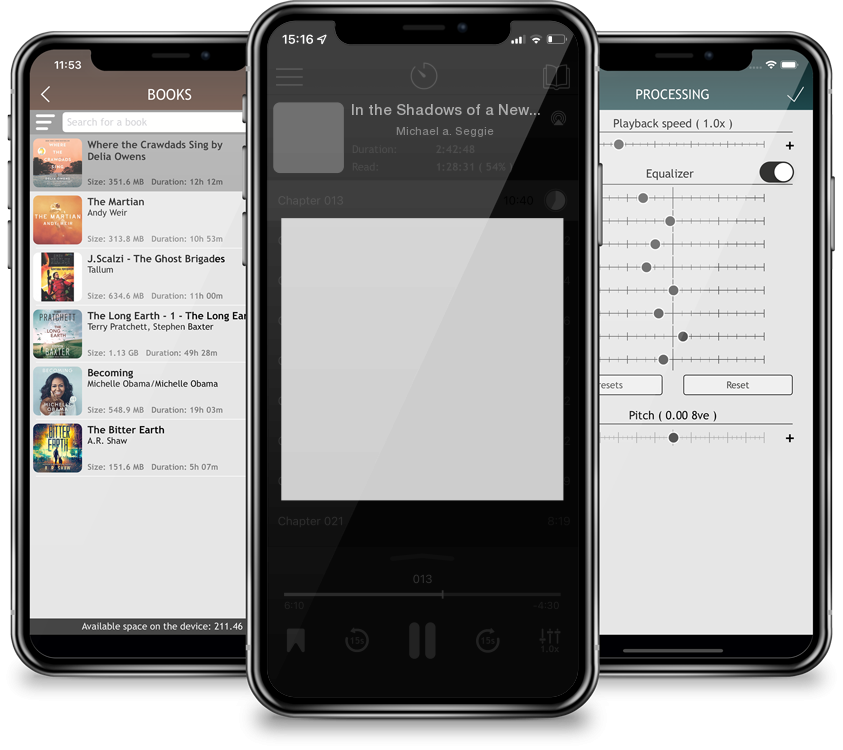 In the Shadows of a Newport Mansion

Michael Seggie was a young boy when he first watched the gothic ABC-TV soap opera, "Dark Shadows," in 1967. An unusual daytime soap, it was filled with ghosts, witches, warlocks, werewolves, and a 175-year old vampire, Barnabas Collins. In 1970, he discovered that the brooding mansion used as the exterior for "Collinwood," was located in nearby Newport, R.I. Named "Seaview Terrace," it was the home for two private boarding schools. With his first visit to Newport, and the mansion, his research on the house and the original owners, began. So much has been written about the famous Gilded Age mansions of Newport, such as "The Breakers," "Marble House," "The Elms," and "Belcourt Castle," but of "Seaview Terrace," its history was unknown. Michael Seggie is the only one to uncover its fascinating history. "In the Shadows of a Newport Mansion" is also about Michael's lifelong interest in Newport, and his time as a tour guide at "Belcourt Castle," and his humorous 12 years as a tour guide with the mansions of the Preservation Society of Newport County. Michael writes of Gloria Vanderbilt, and the movie star, Joan Crawford. And, too, there is the former First lady, Jacqueline Kennedy Onassis, the most famous Newporter. He writes too, of the infamous Claus von Bulow, the socialite acquitted of trying to murder his rich wife, to marry his mistress, the star of "Dark Shadows." Old Crow Whiskey, A beloved Chaplain of the USMA, West Point, Newport's Queen of Wit, A tragic Newport Fireman, A Society beauty who lost her mind, A Mansion of Broken Dreams....All, "In the Shadows of a Newport Mansion.