Want to listen to the audiobook Into the Deep: A Memoir From the Man Who Found Titanic written by Robert Ballard?
MP3 Audiobook Player is here to help! 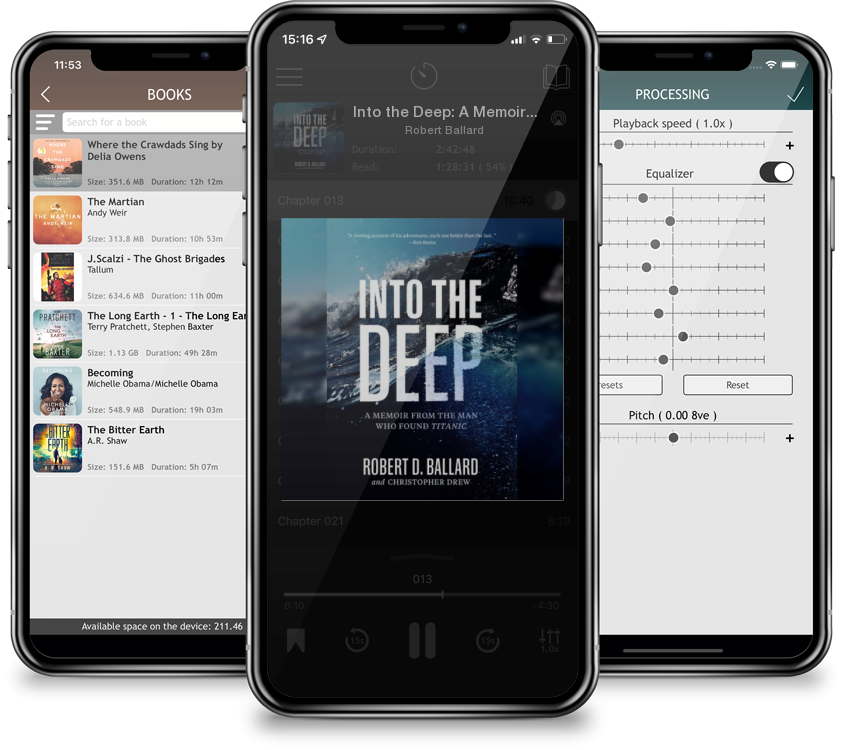 Into the Deep: A Memoir From the Man Who Found Titanic

The legendary explorer of the Titanic shares inside stories of danger, suspense, and discovery--plus previously untold stories about his own dyslexia and how it has shaped his life.Best known for finding the doomed ship Titanic, celebrated adventurer Robert Ballard has a lifetime of stories about exploring the ocean depths. Now he gets personal, telling the stories behind his most exciting discoveries—including how a top-secret naval mission provided the opportunity for his Titanic discovery—and opens up about his private tragedies. He frankly recounts the struggles he has worked through, rising to prominence as a scientist whose celebrity drew academic scorn. And he reveals the triumph and agony in the years after his Titanic find: While media around the world clamored for interviews, he grappled with the death of his 20-year-old son and the collapse of his marriage amid academic and military career demands. Finally, he addresses his late-in-life discovery of his own dyslexia, which he now sees as a gift that has shaped his life and accomplishments.Twice a New York Times best-selling author, here Ballard partners with investigative reporter and bestselling author Christopher Drew to tell the dramatic and often surprising stories behind his newsworthy discoveries. Timed to appear as the National Geographic Channel airs a special documentary about Ballard's explorations, Into the Deep will intrigue adventure lovers young and old.Brilliant, insightful, and surprising, Into the Deep is the definitive story of the dangers and discoveries, conflicts and triumphs that have shaped the remarkable life of an American hero.