Want to listen to the audiobook Intrepid Explorer: The Autobiography of the World's Best Mine Finder written by J. David Lowell?
MP3 Audiobook Player is here to help! 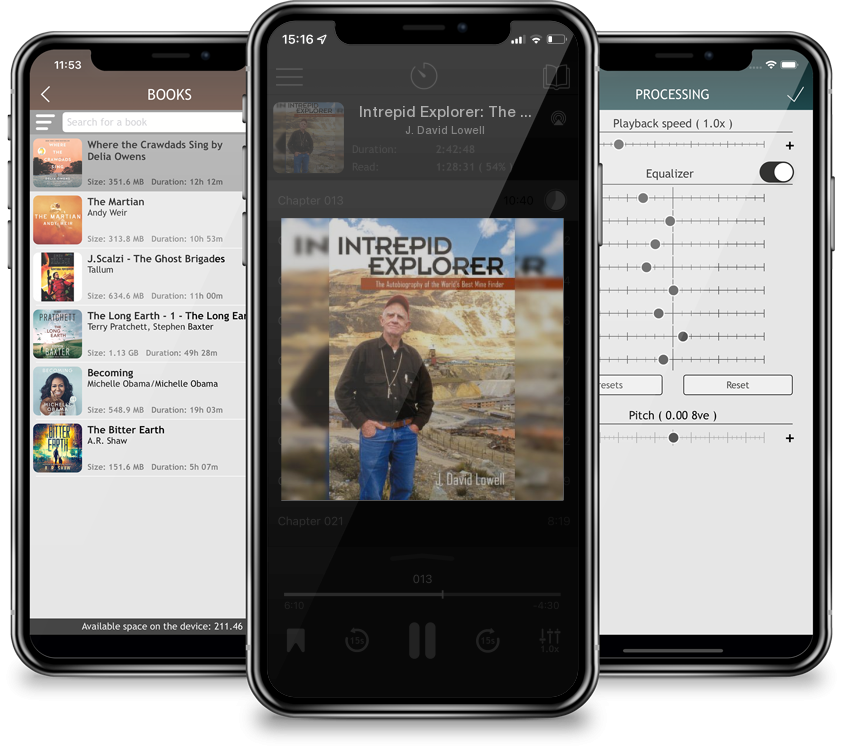 Intrepid Explorer: The Autobiography of the World's Best Mine Finder

When seven-year-old Dave Lowell was camped out at his father’s mine in the hills of southern Arizona in 1935, he knew he had found his calling. “Life couldn’t get any better than this,” he recalls. “I didn’t know what science was, but wisps of scientific thought were already working into my plan.” So began the legendary career of the engineer, geologist, explorer, and international businessman whose life is recounted in his own words in this captivating book. An Arizona native with family roots in territorial times, Lowell grew from modest beginnings on a ranch near Nogales to become a major world figure in the fields of minerals, mining, and economic geology. He has personally discovered more copper than anyone in history and has developed multibillion-dollar gold and copper mines that have changed the economies of nations. And although he has consulted for corporations in the field of mining, he has largely operated as an independent agent and explorer, the architect of his own path and success. His life’s story unfolds in four stages: his early education in his field, on-the-job learning at sites in the United States and Mexico, development of exploration strategies, and finally, the launch of his own enterprises and companies. Recurring themes in Lowell’s life include the strict personal, ethical, and tactical policies he requires of his colleagues; his devotion to his family; and his distaste for being away from the field in a corporate office, even to this day. The magnitude of Lowell’s overall success is evident in his list of mine discoveries, as well as in his scientific achievements and the enormous respect his friends and colleagues have had for him throughout his lengthy career, which he continues to zealously pursue.