Want to listen to the audiobook It's So Easy: and other lies written by Duff McKagan?
MP3 Audiobook Player is here to help! 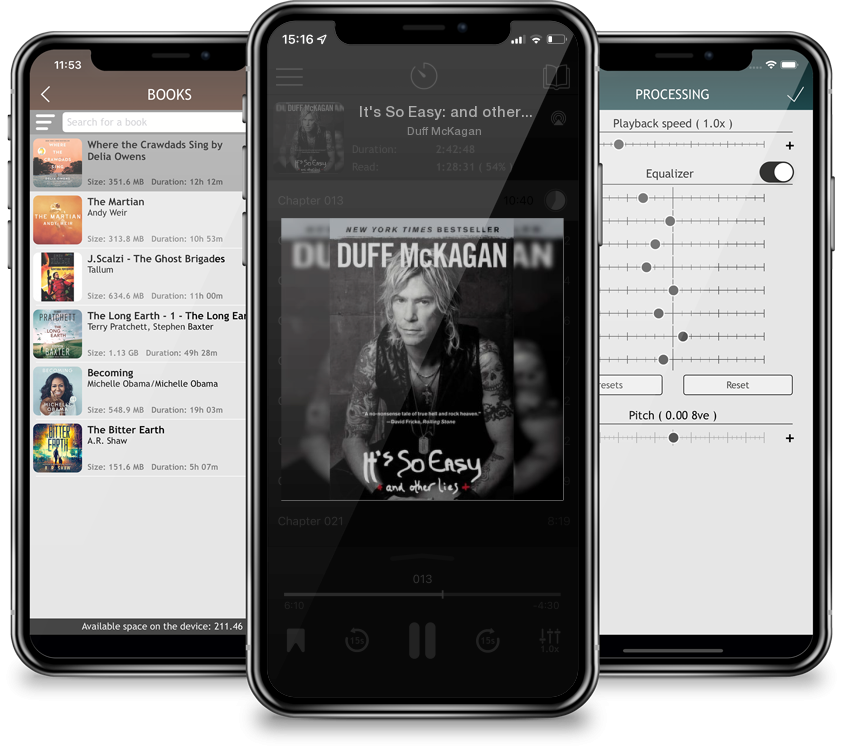 It's So Easy: and other lies

A founding member of Guns N’ Roses and Velvet Revolver—and Rock & Roll Hall of Fame inductee—shares the story of his rise to the pinnacle of fame and fortune, his struggles with alcoholism and drug addiction, his personal crash and burn, and his phoenix-like transformation.In 1984, at the age of twenty, Duff McKagan left his native Seattle—partly to pursue music but mainly to get away from a host of heroin overdoses then decimating his closest group of friends in the local punk scene. In L.A. only a few weeks and still living in his car, he answered a want ad for a bass player placed by someone who identified himself only as “Slash.” Soon after, the most dangerous band in the world was born. Guns N’ Roses went on to sell more than 100 million albums worldwide. In It’s So Easy, Duff recounts Guns’ unlikely trajectory to a string of multiplatinum albums, sold-out stadium concerts, and global acclaim. But that kind of glory can take its toll, and it did—ultimately—on Duff, as well as on the band itself. As Guns began to splinter, Duff felt that he himself was done, too. But his near death as a direct result of alcoholism proved to be his watershed, the turning point that sent him on a unique path to sobriety and the unexpected choices he has made for himself since. In a voice that is as honest as it is indelibly his own, Duff—one of rock’s smartest and most articulate personalities—takes readers on a harrowing journey through the dark heart of one of the most notorious bands in rock-and-roll history and out the other side.