Want to listen to the audiobook Jane Austen: A Life written by Claire Tomalin?
MP3 Audiobook Player is here to help! 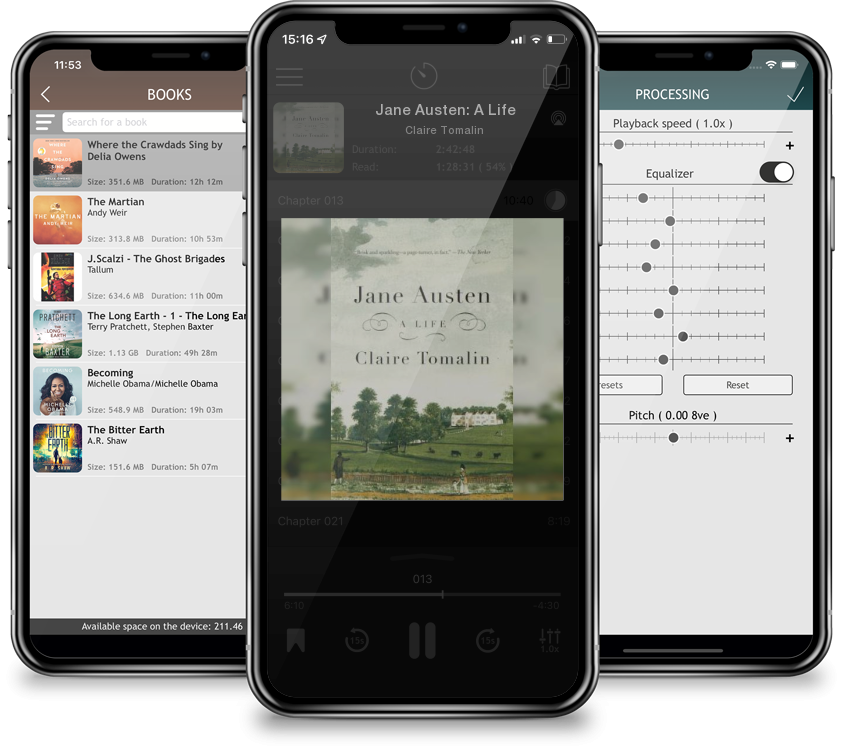 At her death in 1817, Jane Austen left the world six of the most beloved novels written in English—but her shortsighted family destroyed the bulk of her letters; and if she kept any diaries, they did not survive her.  Now acclaimed biographer Claire Tomalin, author of A Life of My Own, has filled the gaps in the record, creating a remarkably fresh and convincing portrait of the woman and the writer. While most Austen biographers have accepted the assertion of Jane's brother Henry that "My dear Sister's life was not a life of events," Tomalin shows that, on the contrary, Austen's brief life was fraught with upheaval.  Tomalin provides detailed and absorbing accounts of Austen's ill-fated love for a young Irishman, her frequent travels and extended visits to London, her close friendship with a worldly cousin whose French husband met his death on the guillotine, her brothers' naval service in the Napoleonic wars and in the colonies, and thus shatters the myth of Jane Austen as a sheltered and homebound spinster whose knowledge of the world was limited to the view from a Hampshire village.